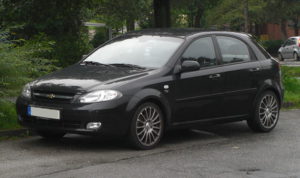 Main fuse box is located on the left side, between the battery and the coolant expansion tank. 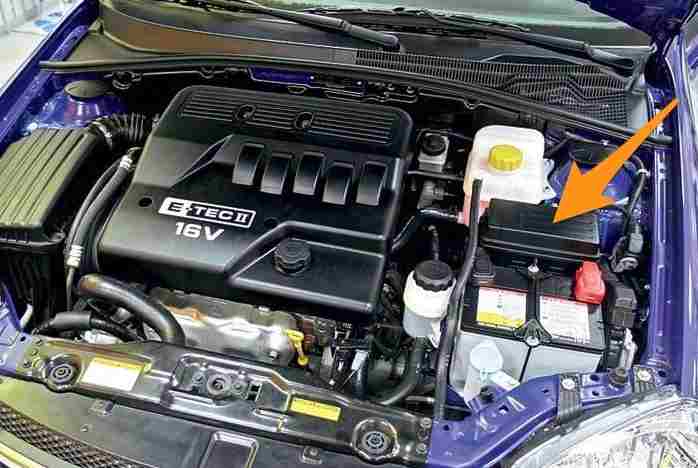 On the inside of the cover, the original fuse and relay diagram is applied. 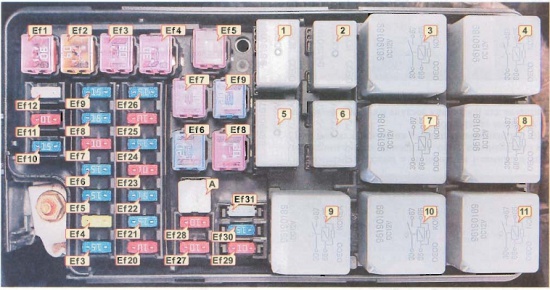 Ef4 (30 A) – ignition (starter, chains F5-F8) .
If the starter does not turn, check also relay 4 on the bracket under the dashboard on the driver’s side. Make sure that the battery is charged and its terminals are firmly fixed, put the gearshift lever in neutral and close the contacts on the retractor relay near the starter. This will check that the starter is working properly. If it works, look for broken wiring. If it does not work, apply voltage to it with separate wires directly from the battery. It will work – most likely the contact on the body, the wire from the battery to the body of the car, has weakened.

Ef6 (20 A) – cooling system fan (radiator) .
If the fan does not turn on (it is rather difficult to determine its operation by sound, because it works quite quietly), check, in addition, fuses Ef8, Ef21 and relays K9, K11. Check that the fan is working properly by applying voltage directly from the battery. If the engine itself is running, check the antifreeze level, the coolant temperature sensor, the radiator cap and the expansion tank (the valve in the cap must work properly, the plug must be tight), the thermostat is in good condition. In the worst case, if there are problems with the temperature and pressure of the antifreeze, the cause may be a burnout of the cylinder head gasket.

Ef12 (25 A) – headlights, dimensions .
If only one side of the size bulbs does not light, check fuses Ef23 or Ef28. If the front side lights do not light up, check the lamps in the headlights, as well as the contacts of the box, which may disappear due to a poor connection. To replace the bulbs, you will most likely have to remove the air filter housing.

Ef13 (15 A) – brake lights .
If none of the brake lights are on, including the additional one, check in addition the fuse F4, as well as the frog-switch on the brake pedal and its connector with wires. If the additional brake light works, but the main ones do not, replace the lamps in the headlights, the lamps are two-filament, both could burn out. Also check the pins in the landing connectors and the wiring.

Ef15 (15 A) – high beam lamps in headlights .
If the high beam does not turn on, also check the K4 relay, the serviceability of the lamps in the headlights and the contacts in their connectors (they could oxidize), the light switch to the left of the steering wheel. Measure the voltage at the headlight connectors. If, when the high beam is on, there is no voltage on the necessary contacts, then there is a malfunction in the wiring or the steering column switch.

Ef16 (15 A) – sound signal, siren, hood limit switch .
If the sound signal does not work, check in addition to this fuse, relay K2. A common problem is the absence or disappearance of contact on the body, which is located on the side member behind the left headlight. Strip and make reliable contact. Check the voltage at the signal terminals, if not, then the wiring or buttons on the steering wheel. Test the signal itself by applying 12V directly to it. If defective, replace with new one.

Ef18 (15 A) – fuel pump .
If the gasoline pump does not work, check, in addition, fuse F2 in the passenger compartment mounting box, fuse Ef22 in the engine compartment and relay K7, as well as the serviceability of the pump itself by supplying 12 V directly to it. If it works, ring the wires for an open and check the contacts. If it doesn’t work, replace it with a new one. To remove the fuel pump, you need to disconnect the battery, remove the rear seat cushion, open the hatch, disconnect the fuel lines, squeeze the retaining ring and pull out the fuel pump. If the required pressure is not created in the fuel system, the matter may be in the pressure regulator.

Ef20 (10 A) – left headlight, low beam .
If the dipped in the right headlight is off, see fuse Ef27.
If the dipped beam lamps in both headlights have gone out, check the lamps, two could burn out at the same time, as well as their connectors, contacts in them and the presence of moisture. Also, the reason may be in the wiring from the C202 connector to the light switch on the steering wheel. Check it under the dashboard, it could burn, especially if you have a hatchback. Also check that the steering column switch is in good condition.

Ef24 (15 A) – fog lights .
Fog lights in most cases only work when the dimensions are on.
If the “fog lights” stop working in wet weather, check if water has got into them, as well as the serviceability of the lamps.

Ef28 (10 A) – side light bulbs on the right side, dashboard and center console lights, radio lights, clock .

It is located on the left side at the end of the dashboard. To access, open the left front door and remove the fuse panel cover. 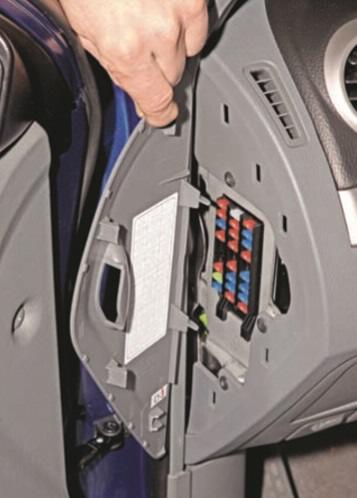 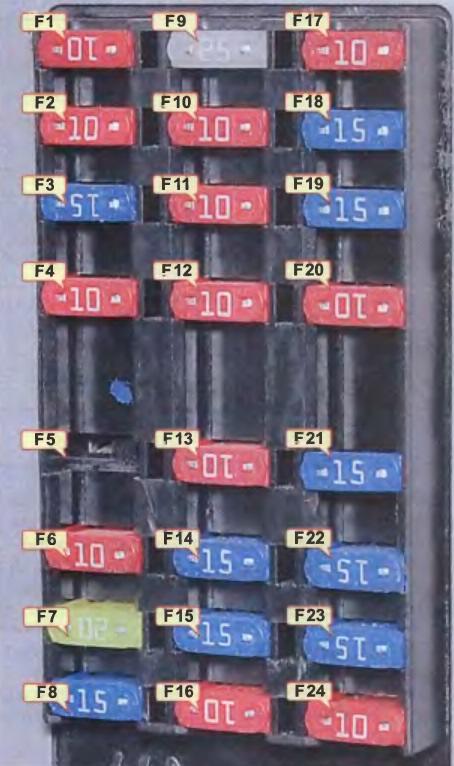 The fuse number 19 is responsible for the cigarette lighter.

They are mounted on a special bracket located under the dashboard near the pedals. Access to them is extremely difficult. First you need to open the box for small things and unscrew the two screws with a screwdriver. 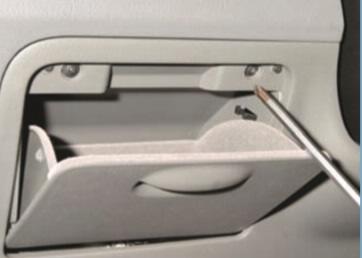 Then, overcoming the resistance of the three clips, we remove the lower lining from the dashboard, release it from the hood lock drive and completely remove it. 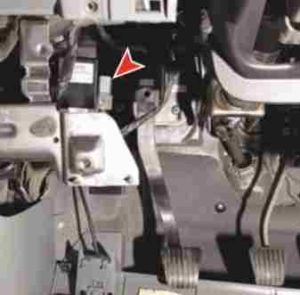 In the space that opens, you need to find the desired bracket. 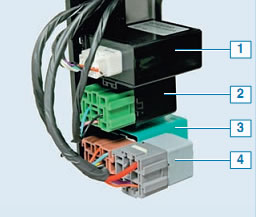