Volkswagen Bora is designed on a common basis with the vw golf IV. However, it has a more elongated body and is a classic sedan. In Europe and America it is known as the Volkswagen Jetta 4 th generation. Produced in 1998, 1999, 2000, 2001, 2002, 2003, 2004 and 2005. In our material, we will show the location of the fuse boxes and relays in the Volkswagen Jetta 4, provide their diagrams and photographs with a designation of the purpose of the elements, and also note the fuse responsible for the cigarette lighter. 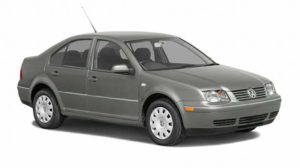 The number of fuses and relays in the boxes, as well as their purpose, may differ from this material and depends on the year of manufacture and configuration of the Volkswagen Bora and Jetta 4, respectively.

It is located at the left end of the dashboard and is covered by a protective cover. On the reverse side there should be an up-to-date diagram with the designation of the fuses. 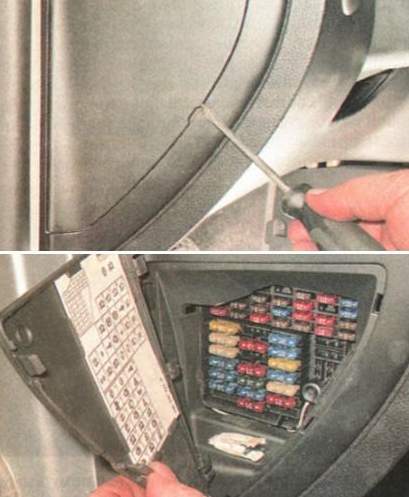 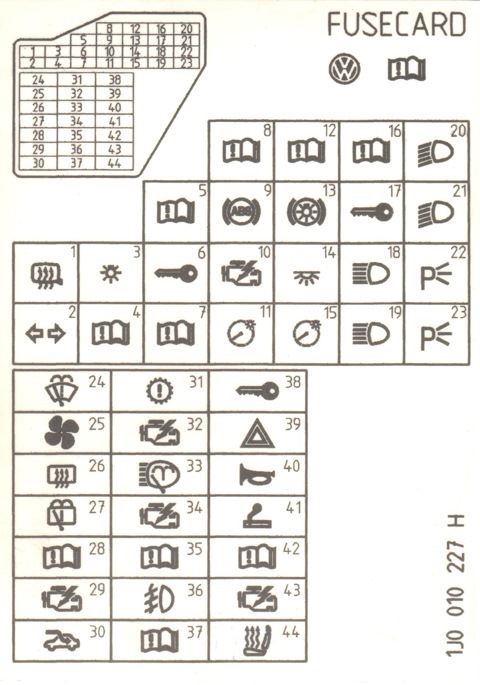 The fuse number 41, 30A, is responsible for the cigarette lighter.

The main unit with the relay is located under the panel itself, on the driver’s side. 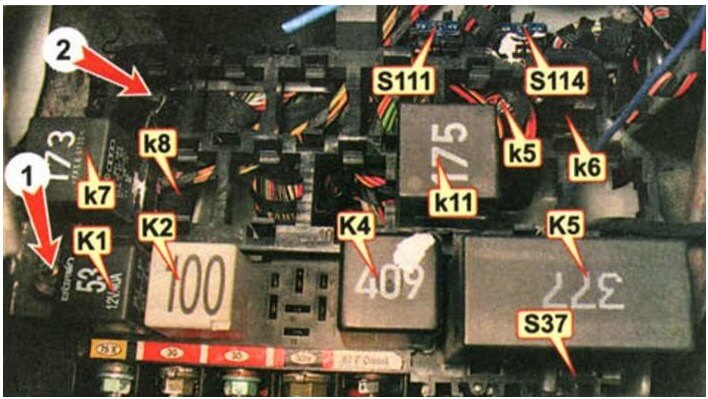 An additional relay box is located under the bonnet on the bulkhead. 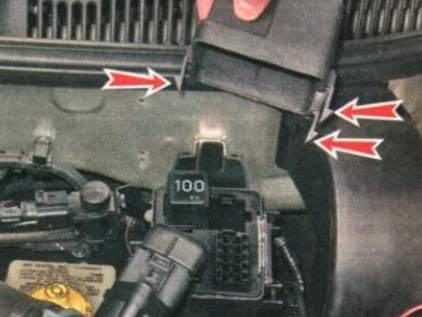 There may be a relay: switching on the secondary air pump or glow plugs. The direction indicator and alarm relay is built into the alarm switch itself. And the control unit for the electric fans of the cooling system is installed on the left side member under the battery.

It is located on the battery cover.

Consists of a department of fuses and high power fuses. 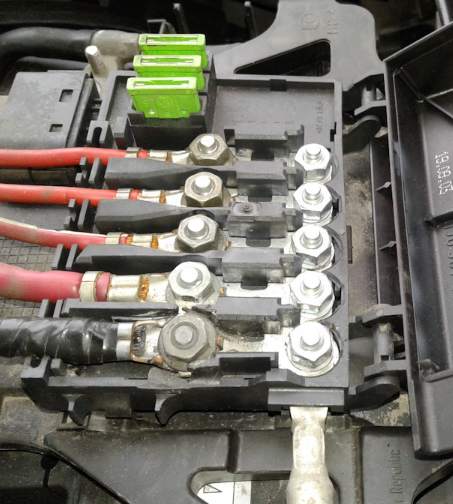 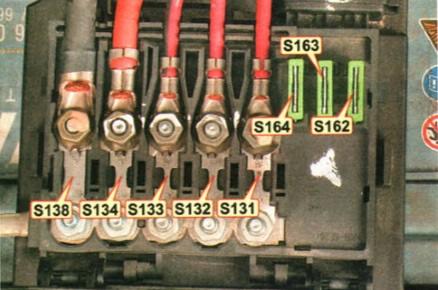