The 7th generation Mitsubishi Fuso Canter was produced in 2002, 2003, 2004, 2005, 2006, 2007, 2008, 2009, 2010 and 2011 with various versions of both the body and the cab. During this period, the model also underwent restyling. In this regard, there is no one general description of fuses and relays. In this material, we will consider the most common arrangement of electronic control units and the purpose of fuses and relays in them for Mitsubishi Fuso Canter 7. 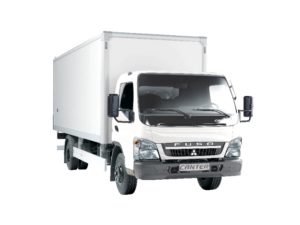 Check the purpose of the elements with your diagrams on the protective cover.

The dashboard usually contains 2 relay blocks and one fuse.

General layout of control units in the passenger compartment 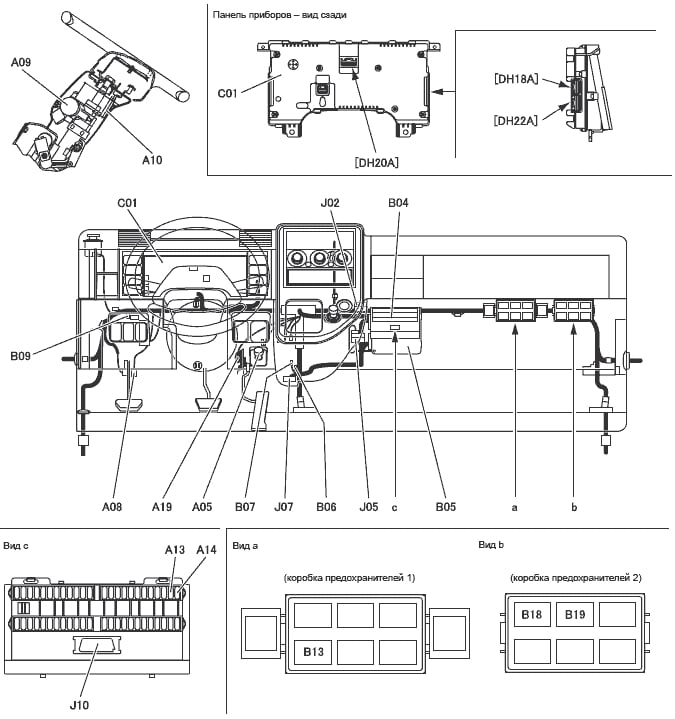 Diagram from the block cover 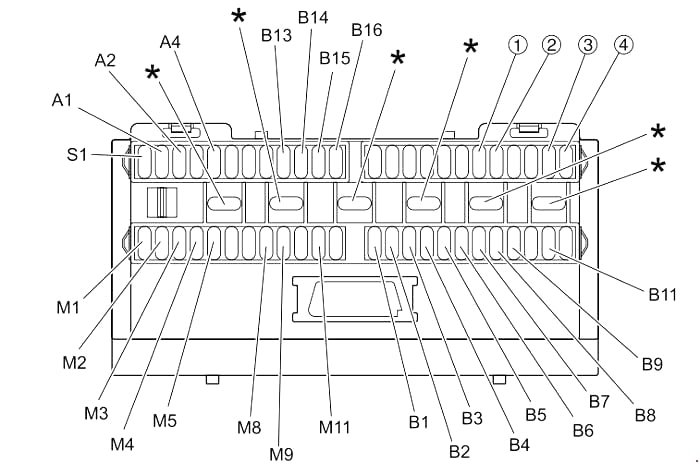 The fuse number A1 for 10A is responsible for the cigarette lighter.

Box near the battery

Another block is attached to the outside of the car next to the battery. 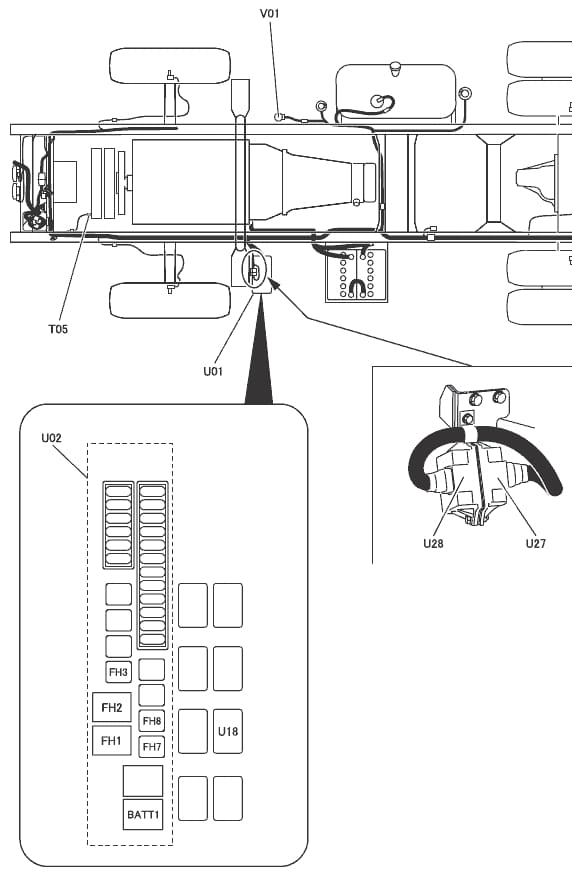 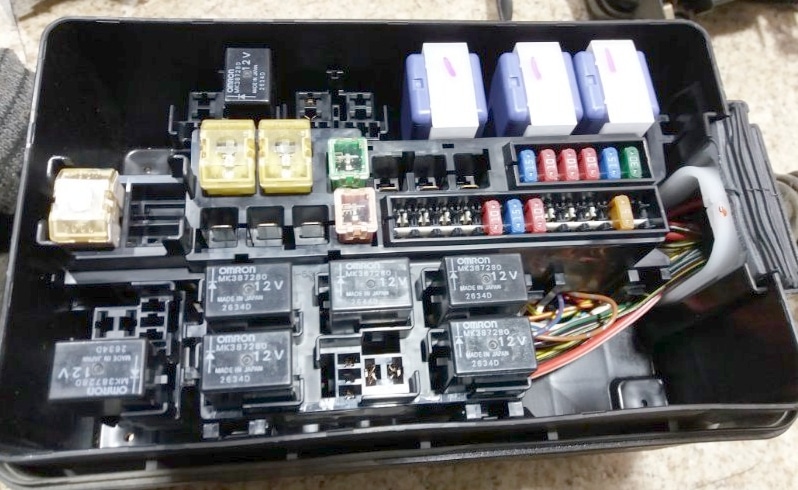 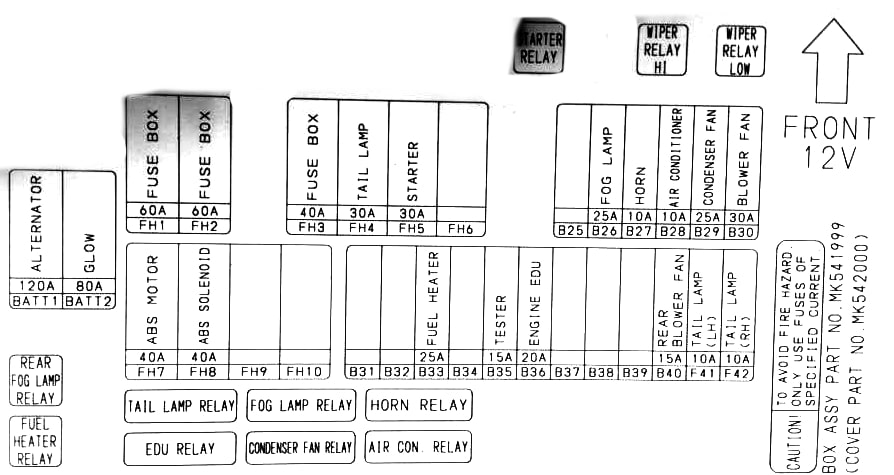 If the engine has an engine heater and an indicator light and does not light up in cold weather, check for a blown heat relay fuse (1). If it is blown, disconnect the (-) wire from the battery and replace the fuse with a new 127A. 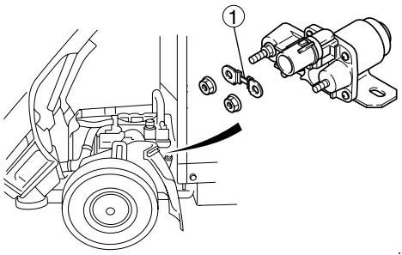 If you have any questions, write in the comments.