Volkswagen Vento is a compact car designed on the Golf platform, but with a standard hatchback (sedan) body. Produced since 1979 in six generations. In the United States, it is better known as the Volkswagen Jetta . In our material you will find a designation of Volkswagen Vento fuse boxes and relays manufactured in 1991, 1992, 1993, 1994, 1995, 1996, 1997 and 1998 with box diagrams and photo examples. Let’s highlight the fuse responsible for the cigarette lighter. At the end of the material, we will offer electrical diagrams for download.

The actual fuse assignment may differ from the one shown and depends on the country of delivery and the equipment level of your vehicle.

It is located at the bottom of the dashboard on the driver’s side, behind the protective cover. To remove it, press the buttons – latches. 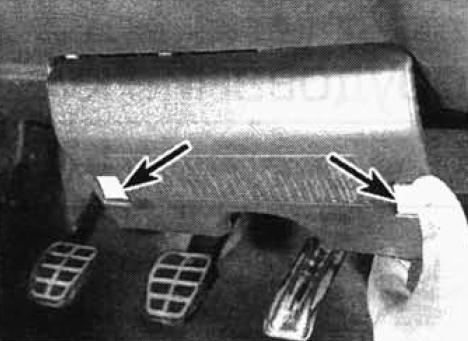 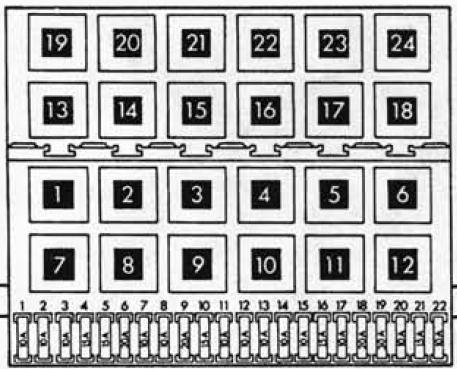 The fuse number 22, 10A, is responsible for the cigarette lighter.

On vehicles with diesel engines, the glow plug power supply circuit is protected by a high power fuse in the form of a fusible link.

On some models, when the radiator cooling fan is turned on, a fusible link can also be used.