Volkswagen Touareg is a mid-size crossover that has been produced in 3 generations from 2002 to the present with both gasoline and diesel engines. Years of production of the first generation: 2003, 2004, 2005, 2006, 2007, 2008, 2009 and 2010. During this time, the car received a facelift. In our material you will find a designation of fuses and relays Volkswagen Tuareg 1st generation with photos and boxes diagrams in which they are located. Separately, we note the fuse responsible for the cigarette lighter. 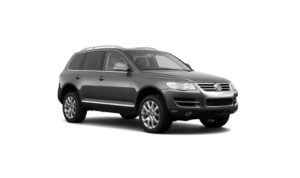 The purpose of the elements in your boxes may differ from the one presented and depends on the year of manufacture and the level of electrical equipment of the car.

The locations where the main boxes with fuses and relays are located are shown in these figures. 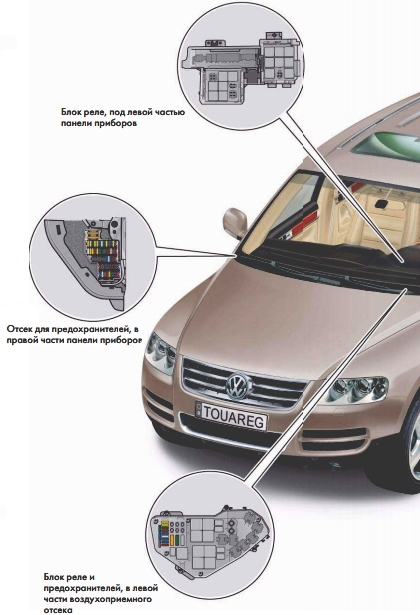 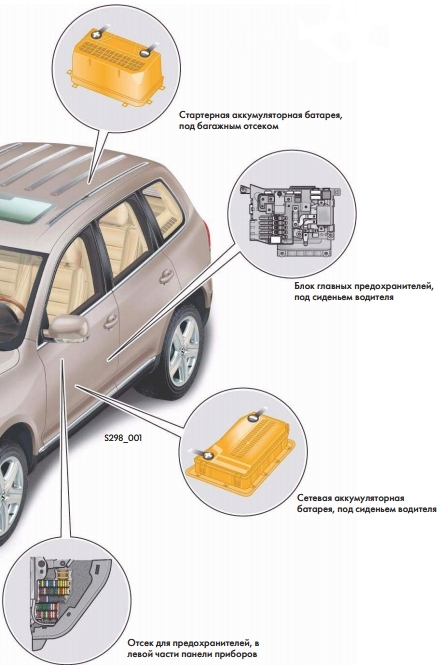 To access, remove the protective cover from the left end of the instrument panel. 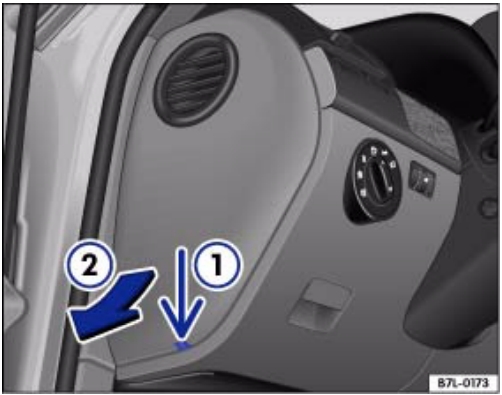 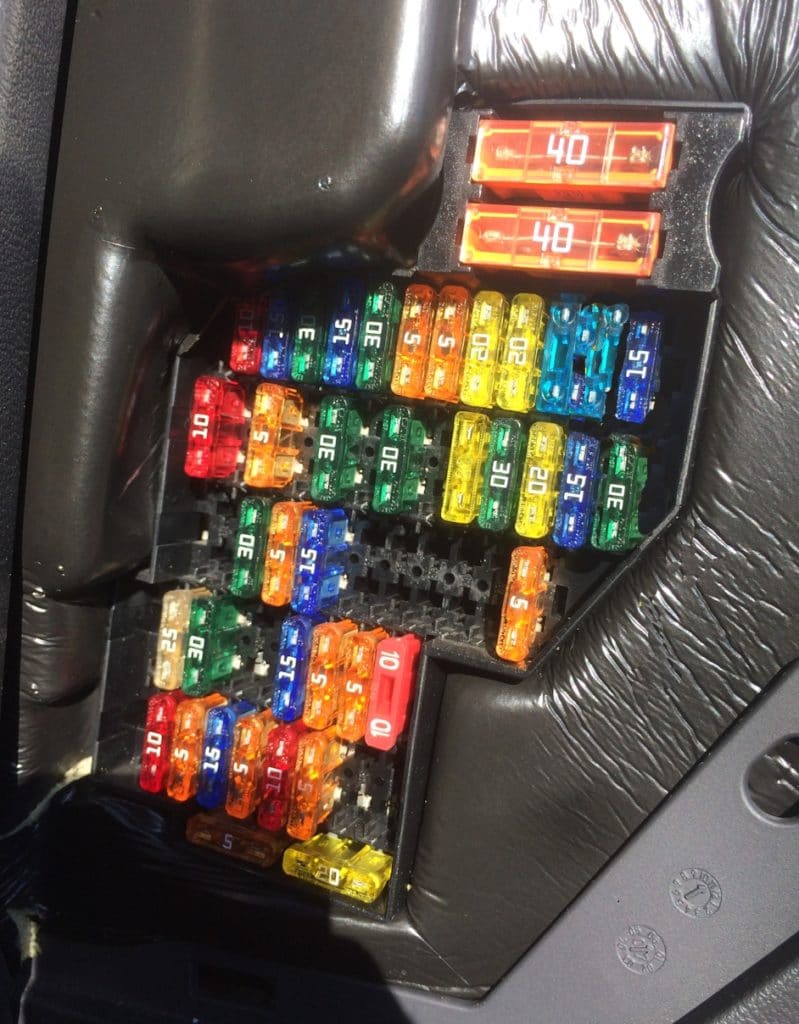 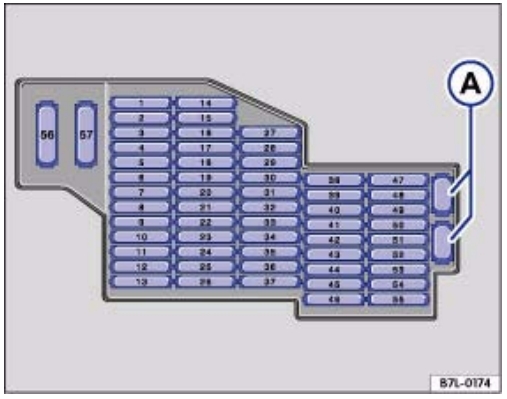 The fuses with numbers 1, 3 and 5 for 20A are responsible for the cigarette lighter.

Located in the right end of the dashboard, it is also covered with a protective cover. 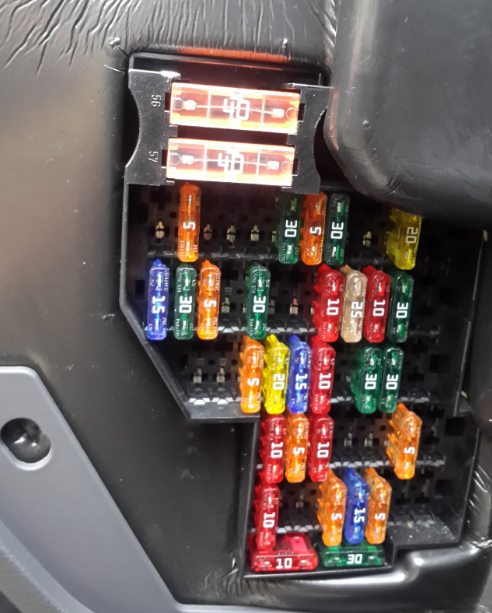 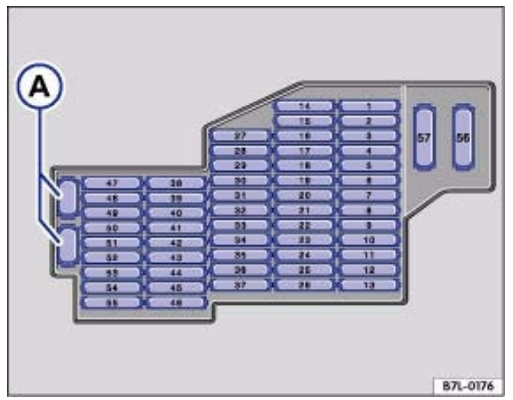 Box under the driver’s seat 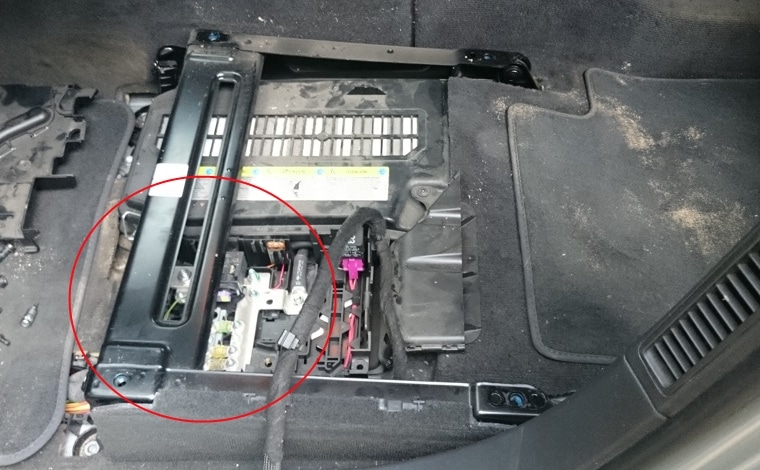 Located on or near the battery cover. 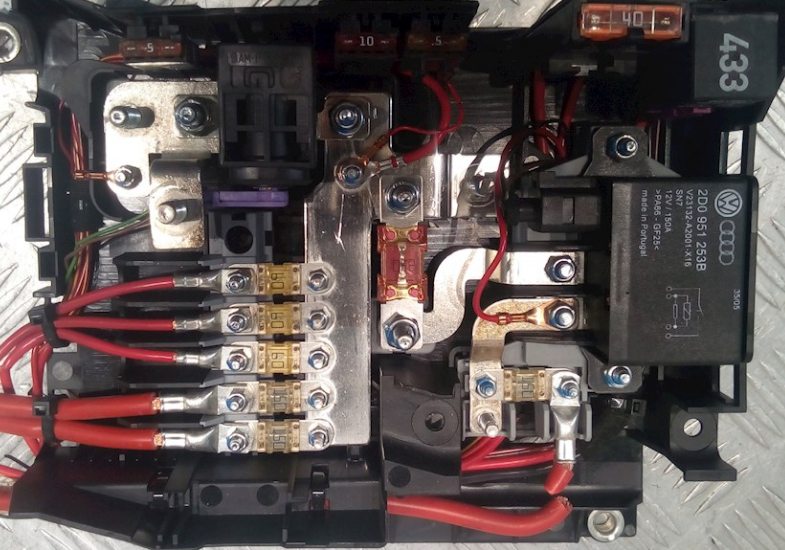 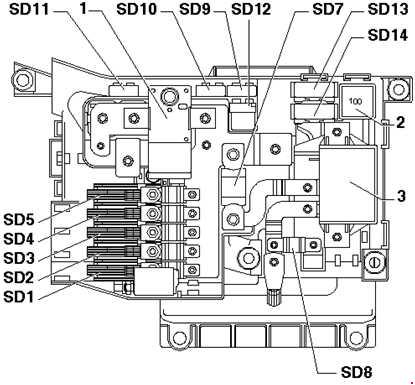 It is installed in the lower part of the dashboard, in the area of the steering rack. 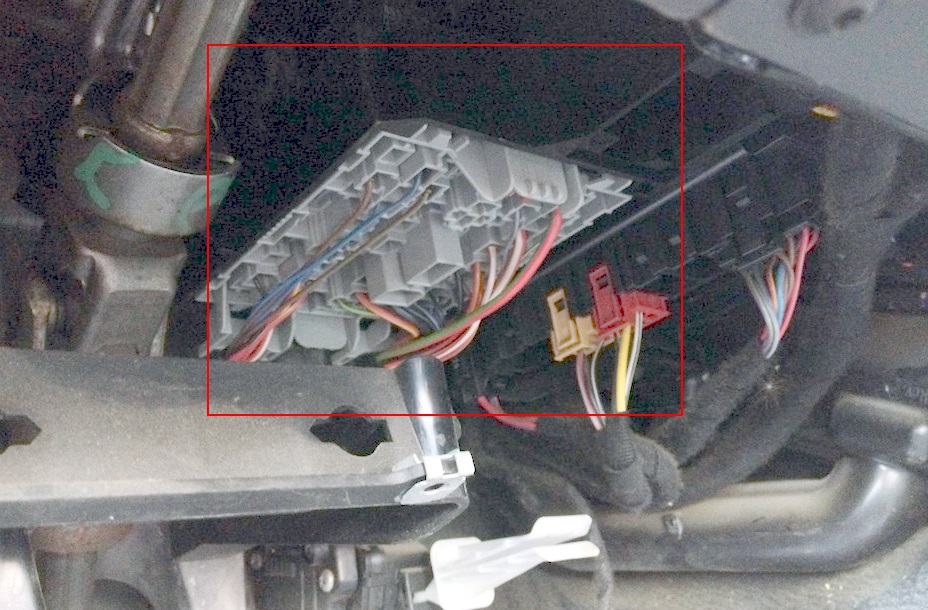 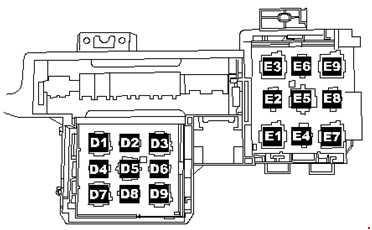 This relay and fuse box is located in the air intake compartment of the engine compartment. 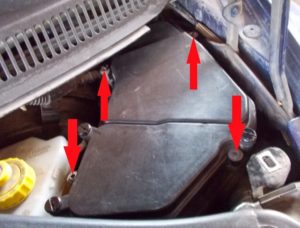 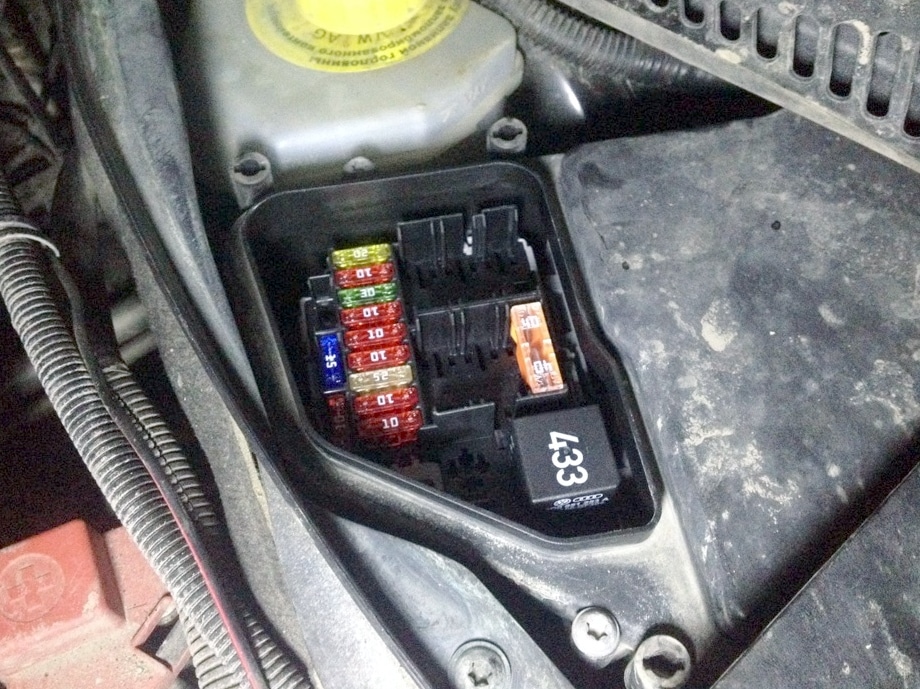 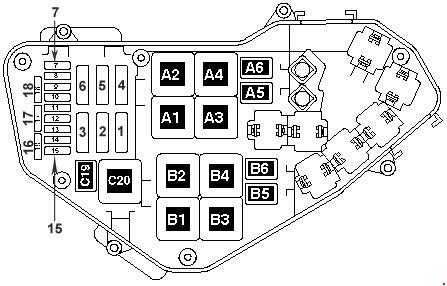 That’s all. If you know how to make the material better – write in the comments.