Suzuki Liana was produced in 2001, 2002, 2003, 2004, 2005, 2006, 2007 and 2008 and delivered worldwide. Also known as Suzuki Aerio. In our publication you will find a designation of the Suzuki Aerio fuse boxes and relays, the location of the boxes, their photos and diagrams. Note the fuse responsible for the cigarette lighter.

The assignment of elements in the fuse and relay boxes of Suzuki Liana and Suzuki Aerio may differ from the one shown and depends on the year of manufacture, country of delivery and the level of equipment of your car.

It is located next to the battery, under a protective cover, on which the current diagram will be applied. 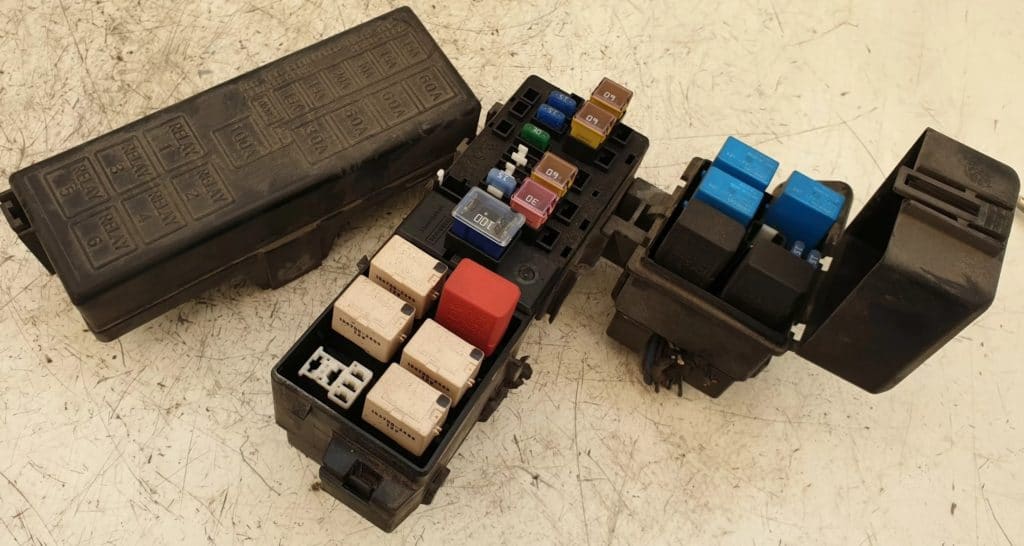 Separately, at the battery terminal, there may be a main distribution fuse. 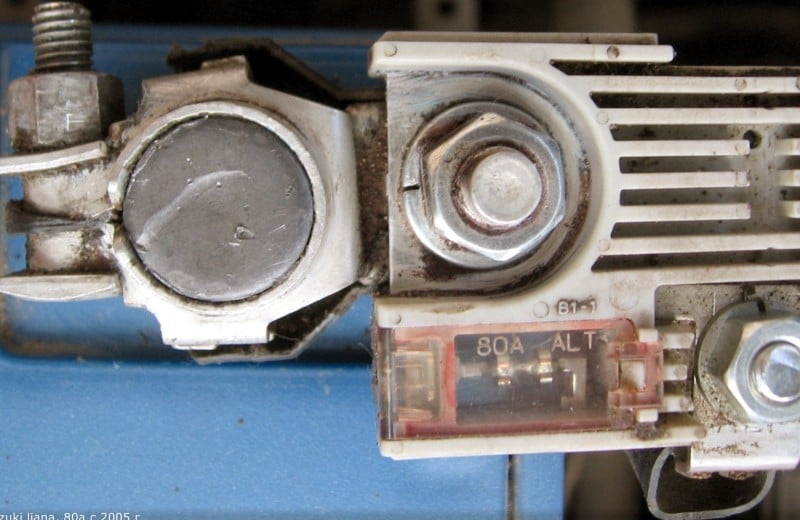 It is located under the dashboard on the driver’s side, behind the protective cover. 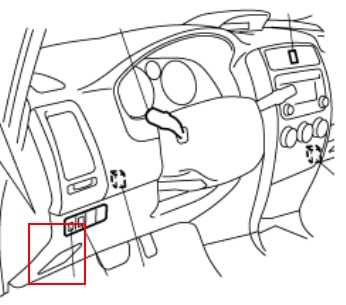 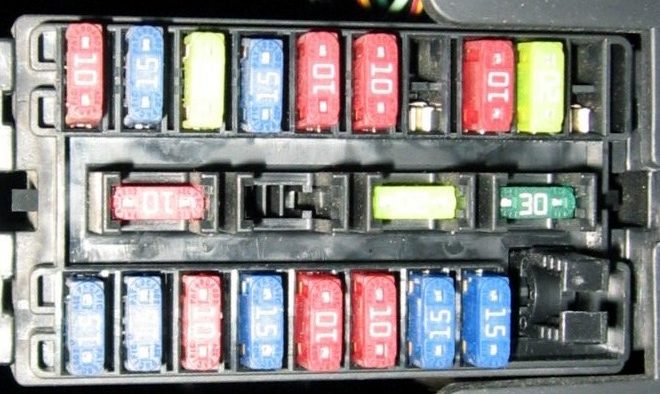 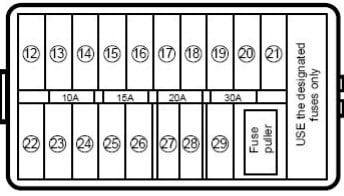 Fuse number 28 at 15A is responsible for the cigarette lighter.

Separately, outside the box, under the panel there may be some relays: a rear window heating relay (green), a heater fan relay and others, as well as a fuse for power windows and a power steering control unit – at 30A. 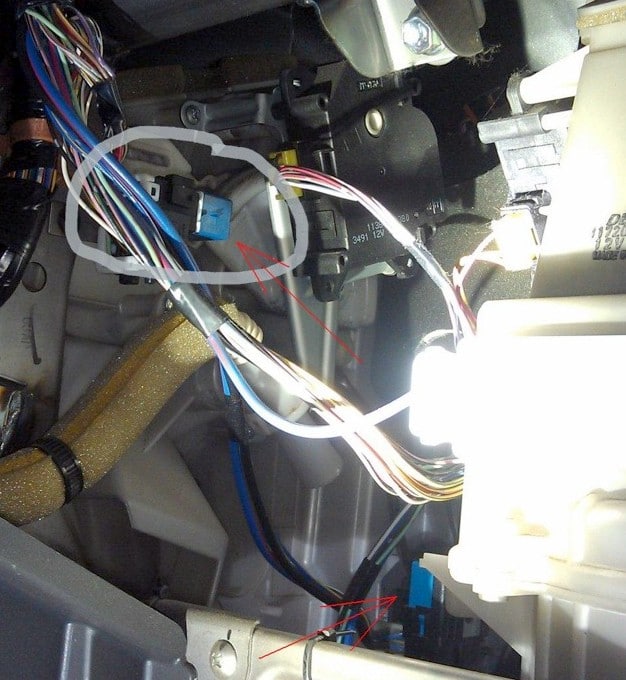 You still have questions, write them in the comments.