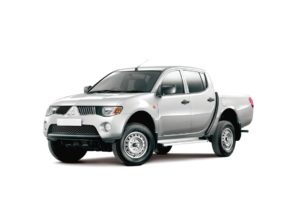 Located in the lower part of the dashboard on the driver’s side behind the protective cover. 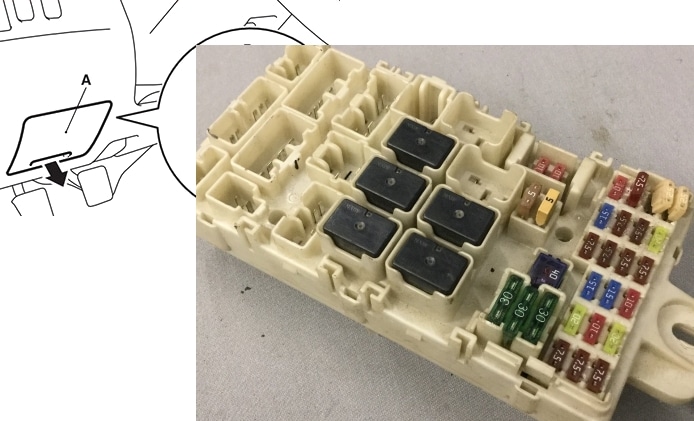 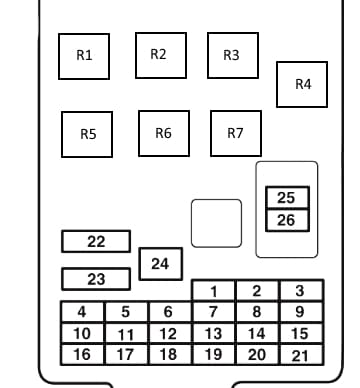 The fuses numbered 2 and 6, as well as the relay numbered 2, are responsible for the operation of the cigarette lighter and power outlets.

Located on the left side of the engine compartment, near the battery. 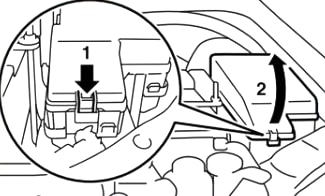 Depending on the year of manufacture and the level of equipment, it is possible to locate additional units in the engine compartment of the Mitsubishi L200.

Box near the battery

Next to the battery there is a fuse box made in the form of fusible links.

Box near the right drain

The following relays can be mounted on it: ABS pump motor relay and ABS fault relay

Box next to the engine

Installed primarily on diesel models. Here are the relays responsible for heating the additional electric heater.