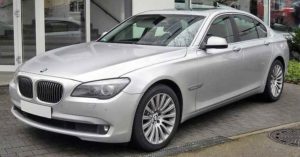 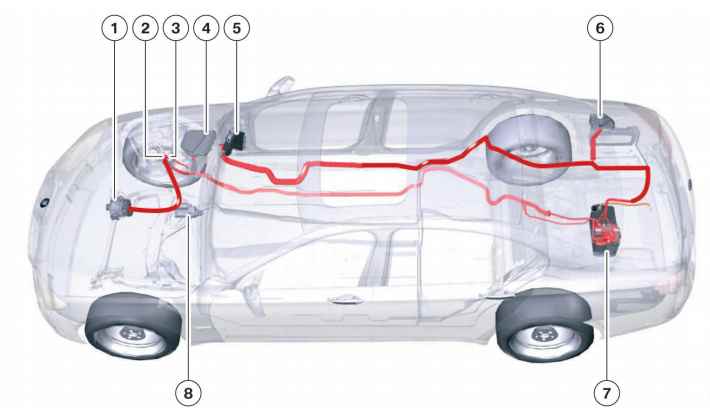 It’s in the glove compartment (or I call it the glove box).

It should also contain up-to-date information on the location of the fuses for your model in the form of a sheet of paper. Depending on the configuration and year of manufacture, your location may differ from the information presented.

The relays are marked with squares: signal relay, windshield wiper relay, and others.

Table with decoding of elements 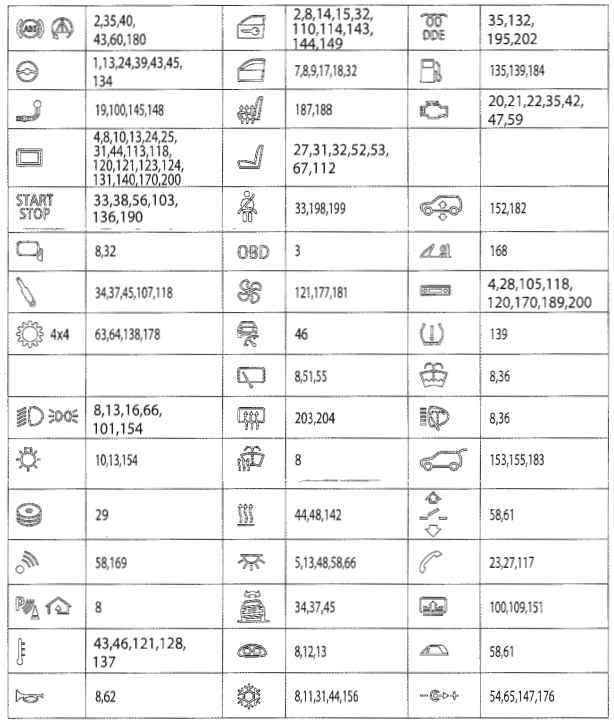 Separately, we note: fuses 54, 65, 147, 176 are responsible for the cigarette lighter . Half of them are in the luggage compartment.

Due to the large number of consumers and control units, an additional fuse holder is installed in the luggage compartment F01 / F02. It is located on the right side under the skin. 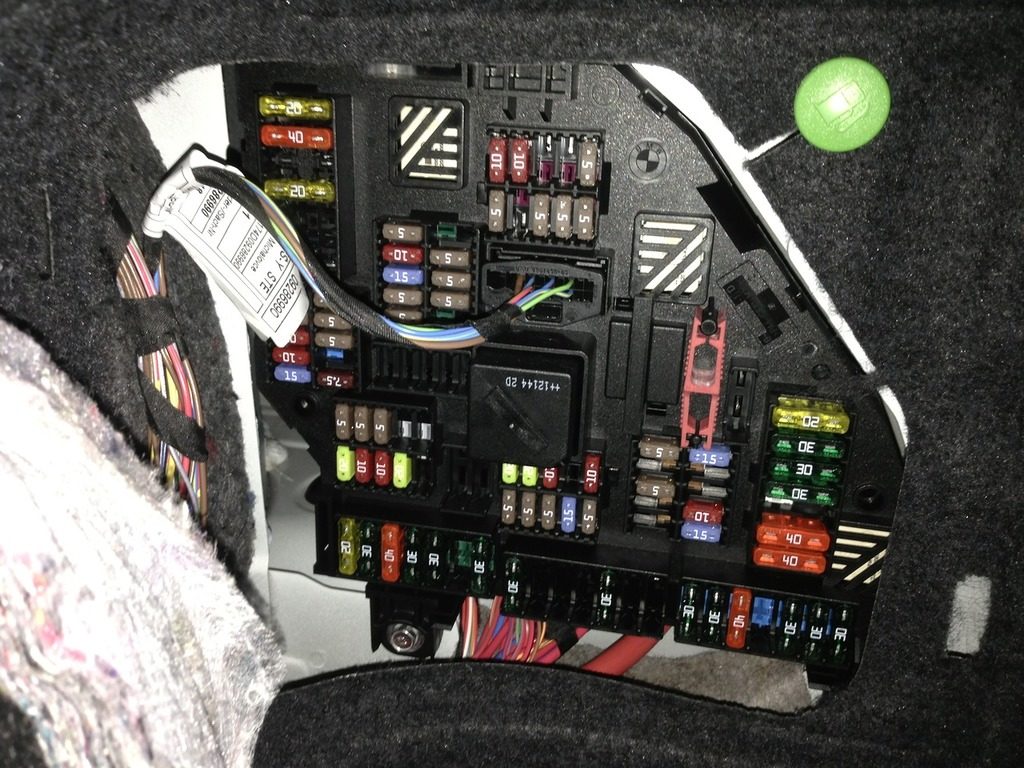 Along with the fuses, some more relays are inserted into it or soldered onto the board. 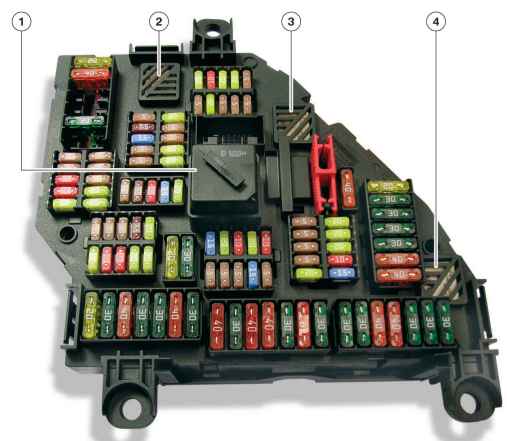 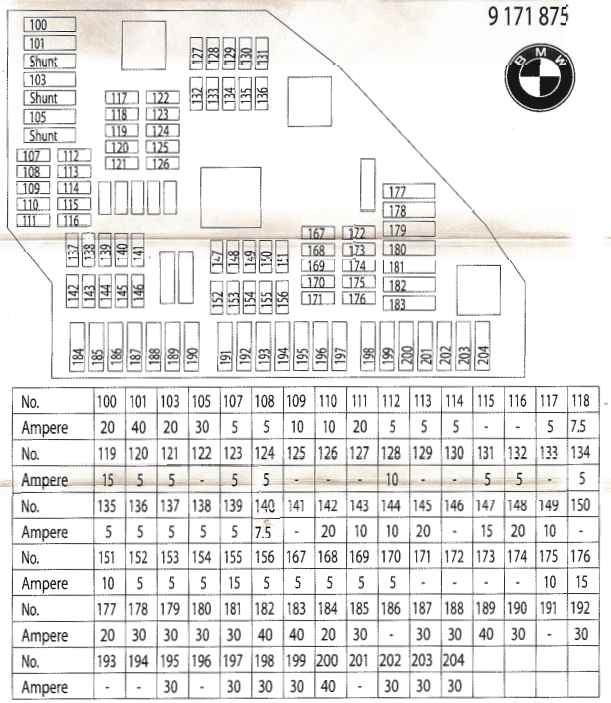