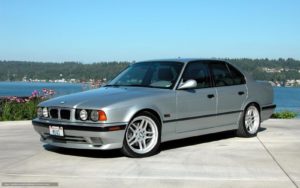 On the BMW E34, there are two versions of the wiring, High Version and Low Version (considering models with an M50 motor or with Siemens or Bosch engine control electronics). The main difference is the installed self-diagnosis system – the dashboard is equipped with a scrolling display. 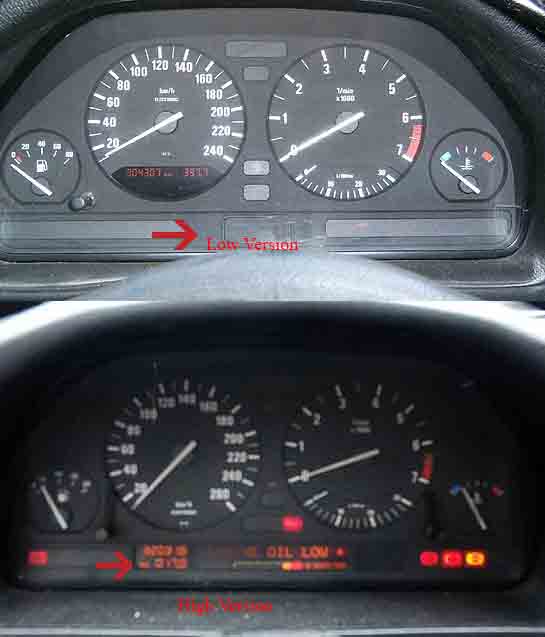 It is located almost under the glass itself. Simply slide the latches to access. Here are fuses No. 1 – 29 and relay boxes. 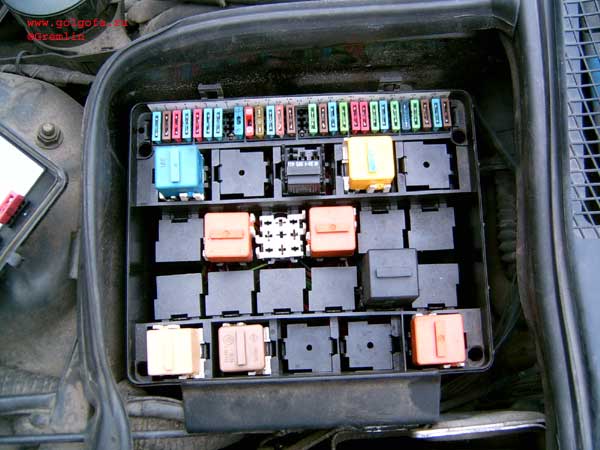 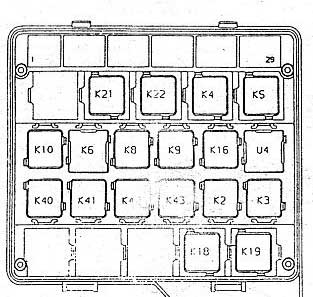 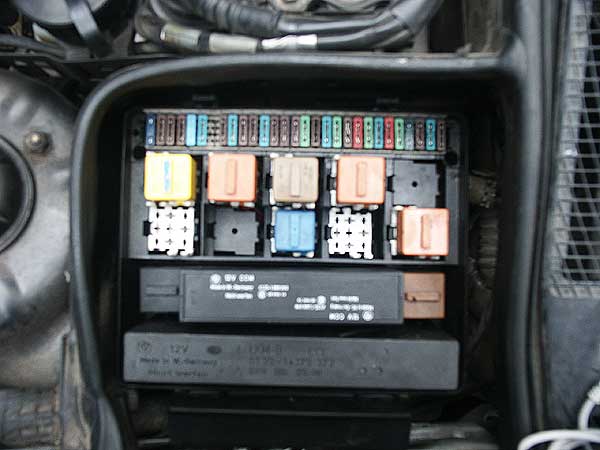 In both versions, fuse number 26 at 30A is responsible for the cigarette lighter.

The availability of these blocks depends on the configuration and the year of manufacture of your BMW.

The first additional relay box is located in the engine compartment on the left in the direction of travel, closer to the front of the vehicle. On later models, it also contains some fuses. 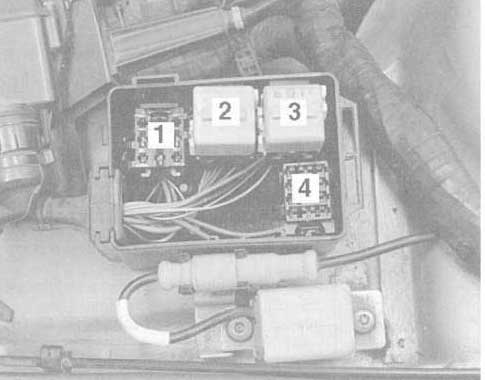 The second electronic unit is located in the near right corner in the direction of travel, directly under the windshield. It is closed with a plastic cover with four screws. This box contains the main control modules: engine, ABS, fuel system and electronic throttle (EML), if installed. 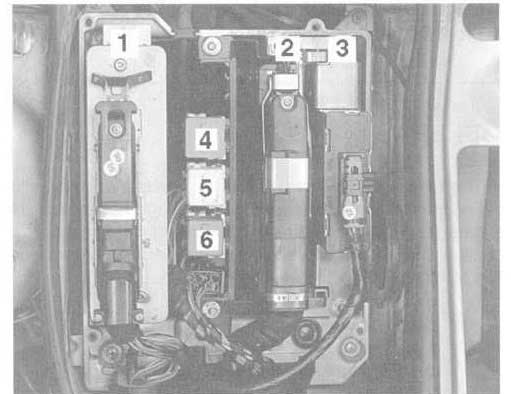 The box is located under the rear seat. There are fuses number 30 – 54. It looks something like this. 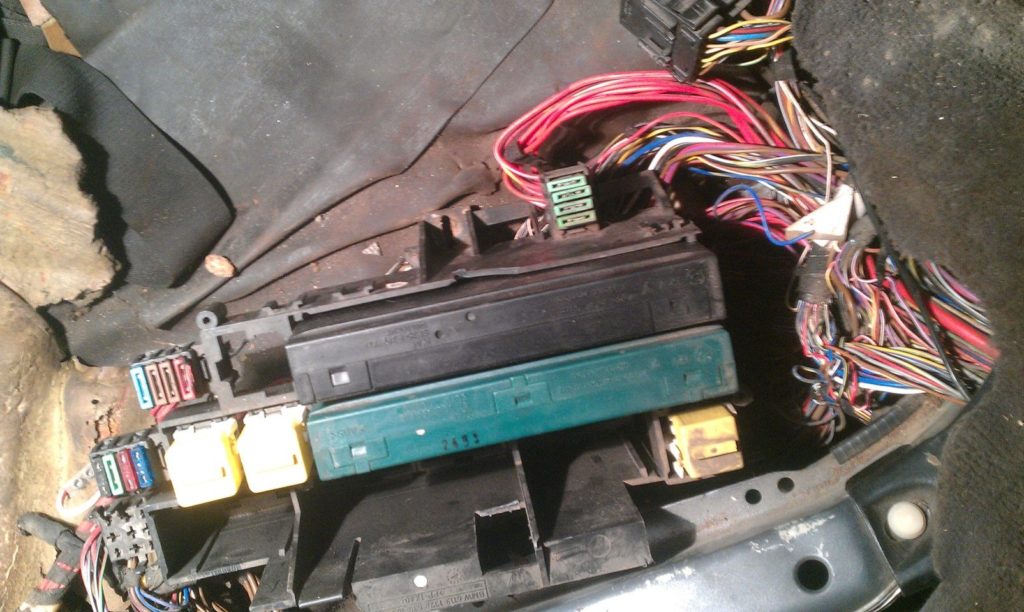 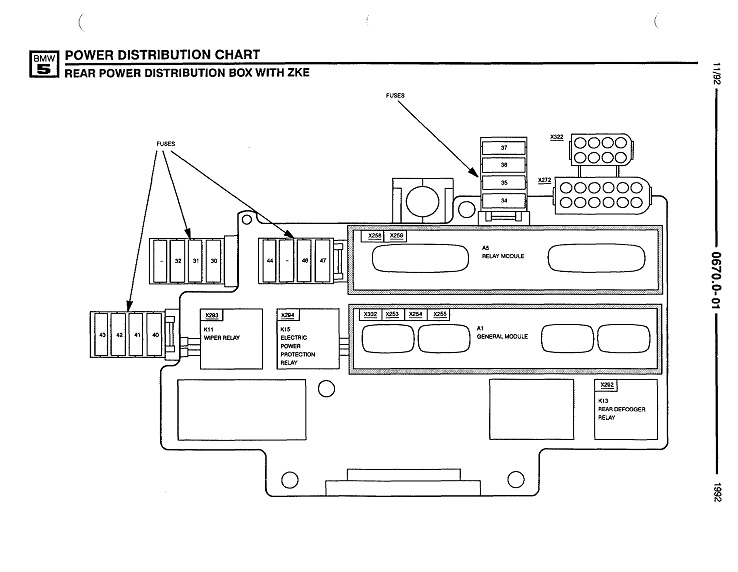