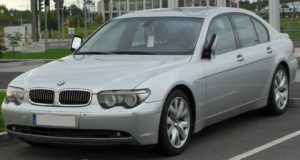 This BMW version has two main fuse boxes. One is in the cabin, the other is in the trunk. 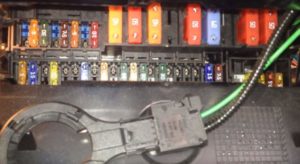 At the bottom there should be a fuse data sheet with up-to-date information for your model. We offer only general information. Spare fuses and plastic tweezers are located on the mounting block in the trunk. 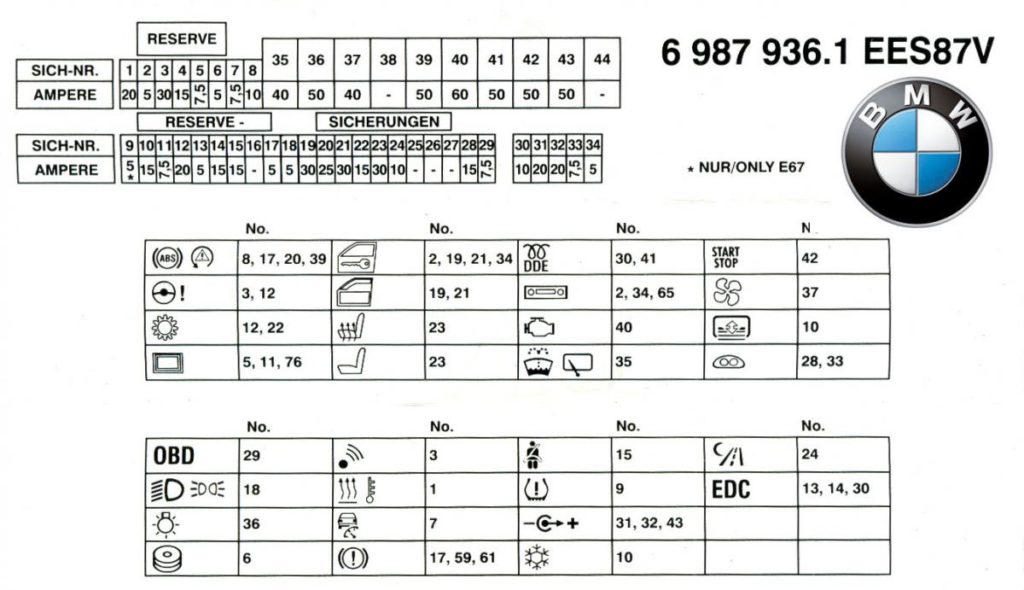 Fold out the right side panel by grasping the handle at the top. The current fuse specification is shown on the inside of the panel. 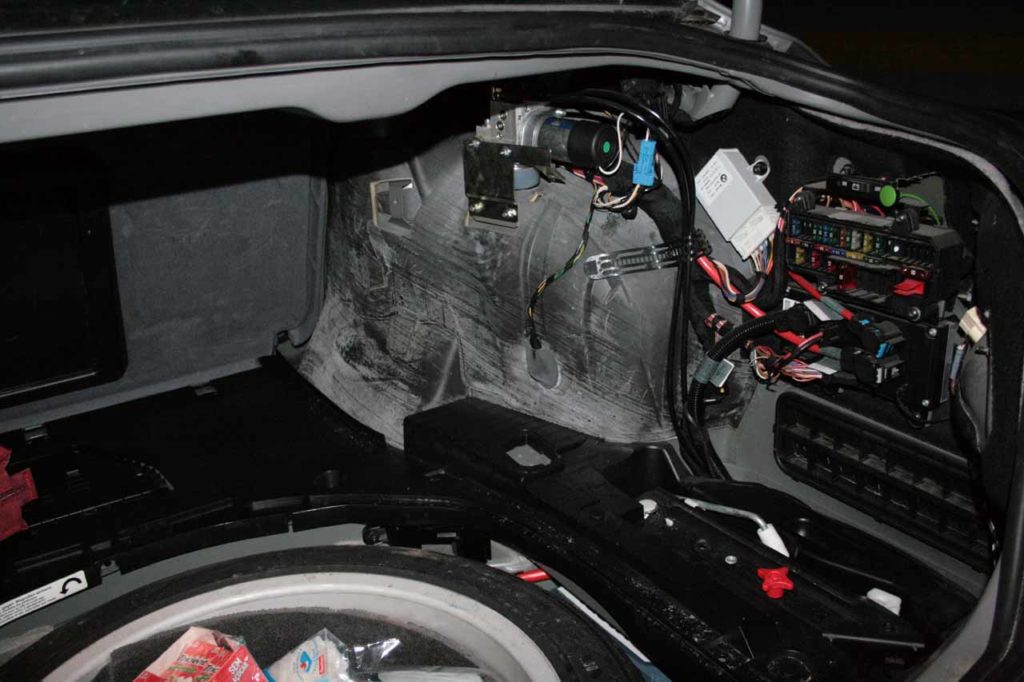 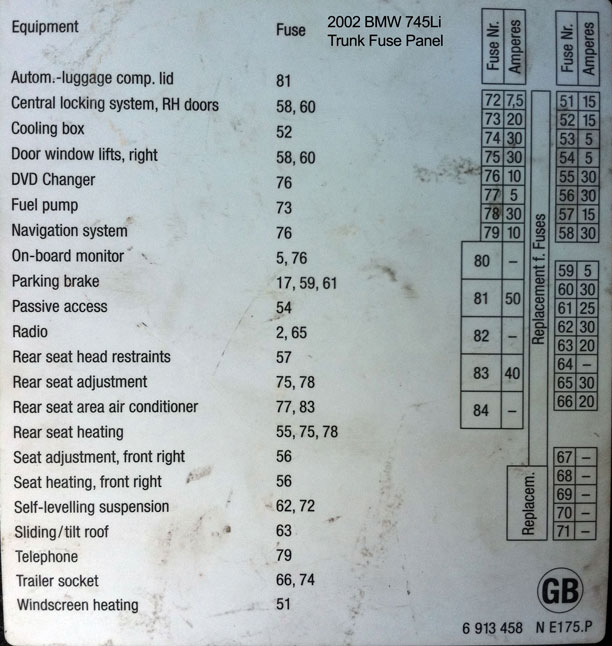