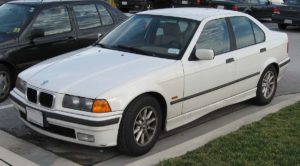 In diesel versions, the fuses are located in two boxes, one of which is installed in the engine compartment, like in gasoline ones, and the second is under the rear seat. The most powerful 80A fuse is located near the battery under the rear seat and protects the entire battery-powered circuit.

It is located under the hood on the right side closer to the driver under a black cover. 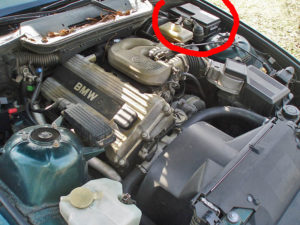 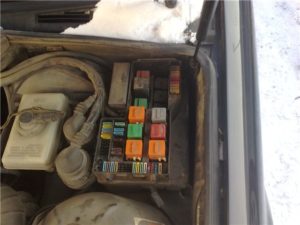 Check the information provided with your description on the back of the cover. In this version, number 32 at 30A is responsible for the cigarette lighter.

Located under the dashboard on the left. For cars produced before 1996.