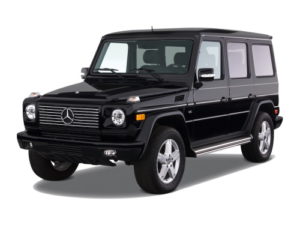 The location of the boxes and the purpose of the elements in them may differ from those presented and depend on the year of manufacture and the level of electrical equipment of your car.

The fuse box is located in the left end of the dashboard behind a protective cover. 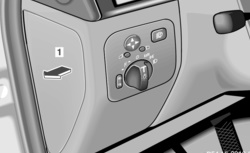 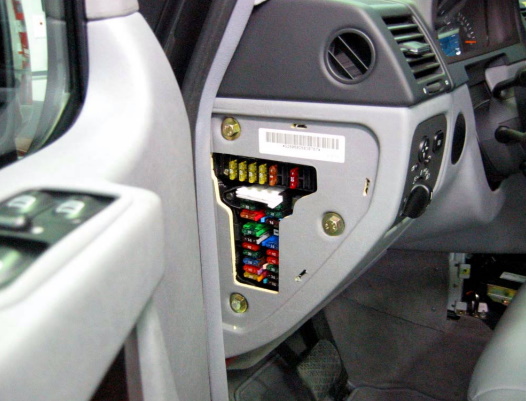 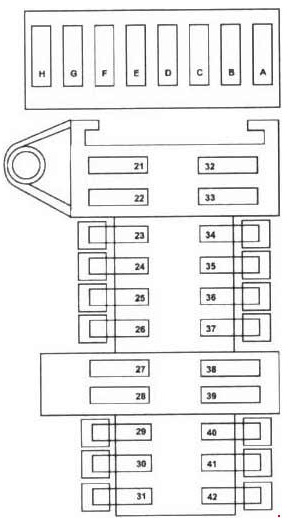 Fuse and relay box under the dashboard

On the passenger side, at the bottom of the instrument panel, is the main fuse and relay box. 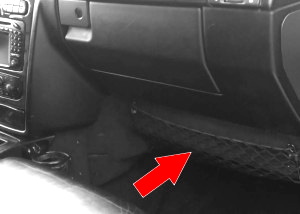 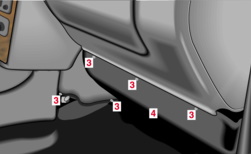 In this type, the fuse and relay box is installed upside down. 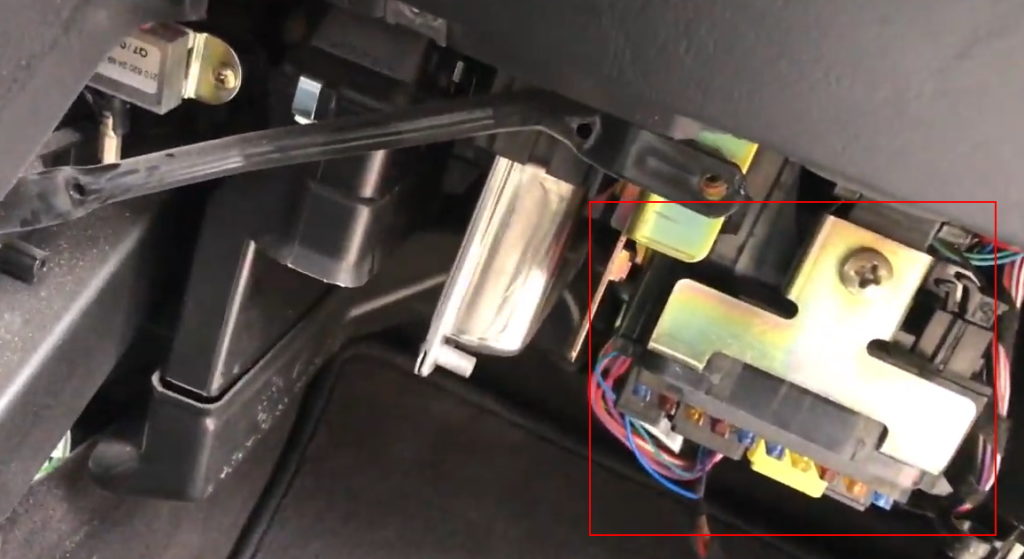 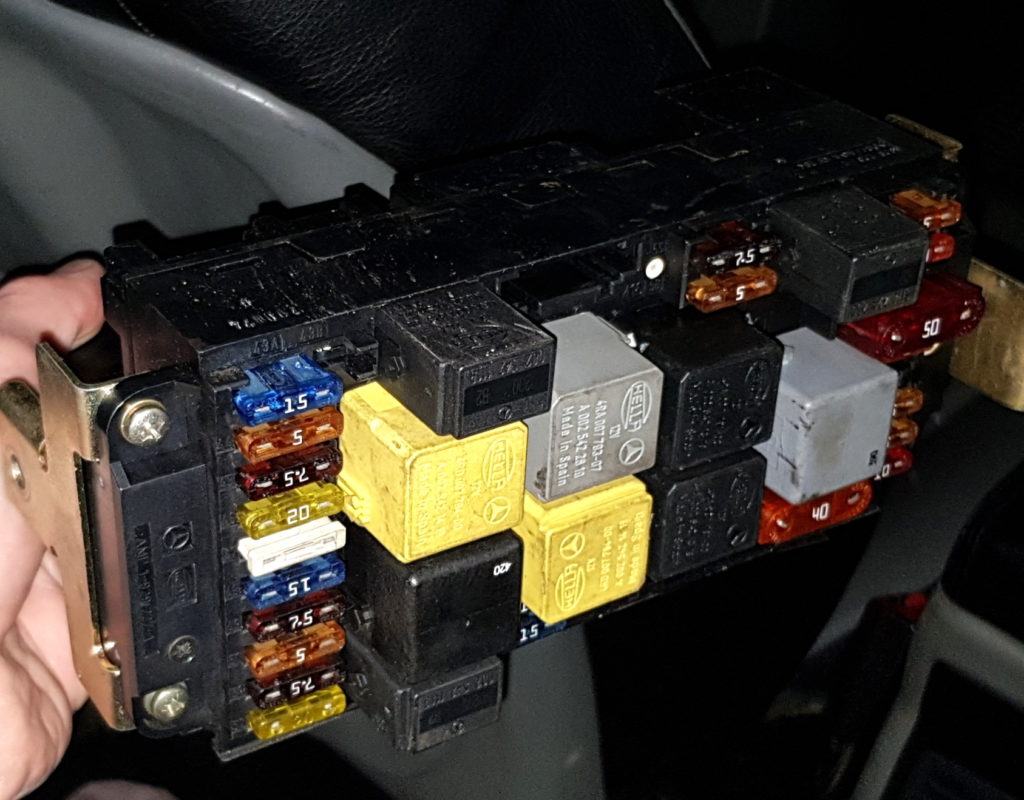 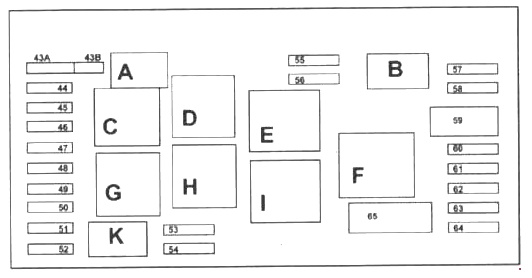 The fuse number 47 at 15A is responsible for the cigarette lighter. 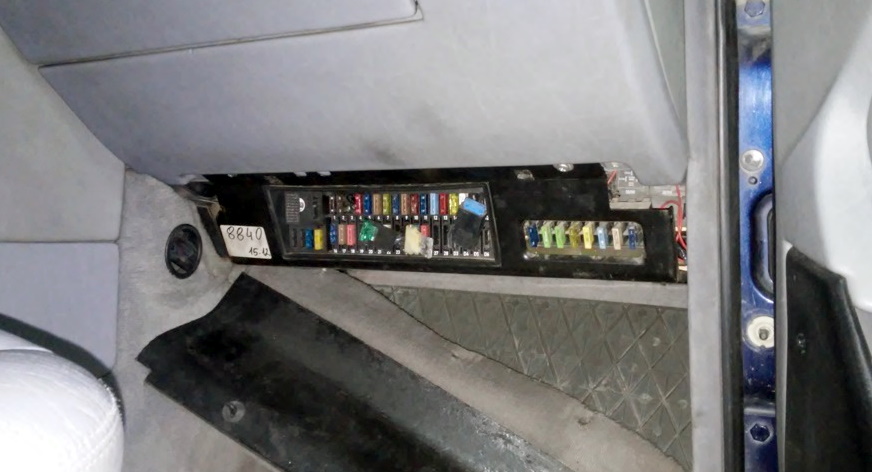 The fuse number 15 to 15A is responsible for the cigarette lighter.

In this type, the relays are located behind this box.

Fuse and relay box in the tunnel

Another fuse and relay box is located between the front seats in the tunnel. 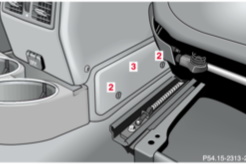 For access, it is necessary to remove the box cover (3) by turning the fastener (2). The box itself will look something like this. 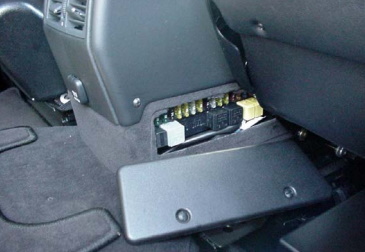 On the left side, in the luggage compartment, there are additional relay elements. 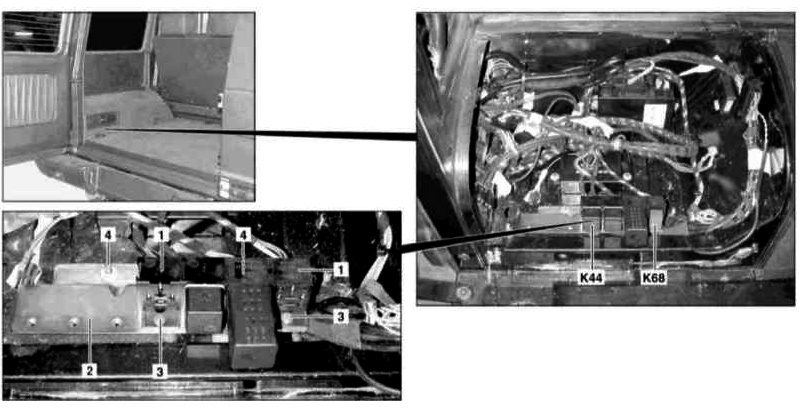 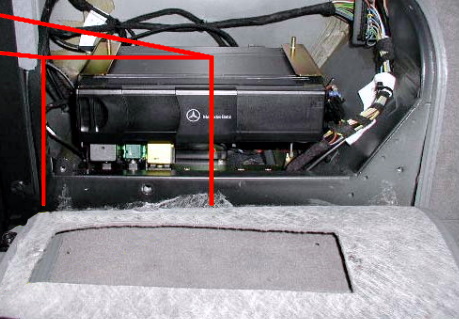 In some models, next to the battery, a high-power fuse box is also installed, made in the form of fuses.

Need a fuse designation in German? Check that.