Hyundai i20 – fuse and relay 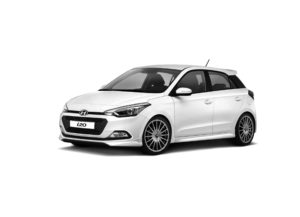 The locations of the boxes for the 1st and 2nd generation are the same. There may be a difference in the design and purpose of the elements of the fuse boxes and relays. Check with your diagrams on the back of the protective cover.

Located at the bottom of the dashboard. 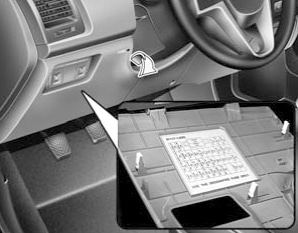 An example of a circuit. Type 1. 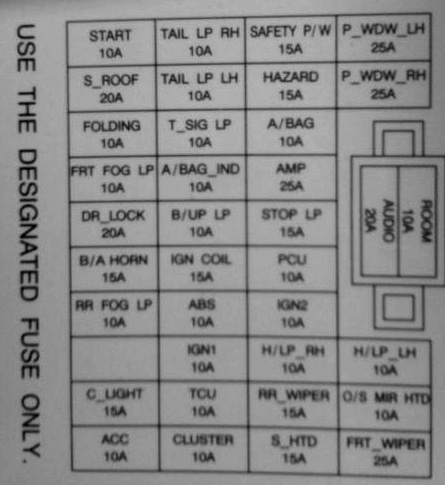 An example of a circuit. Type 2. 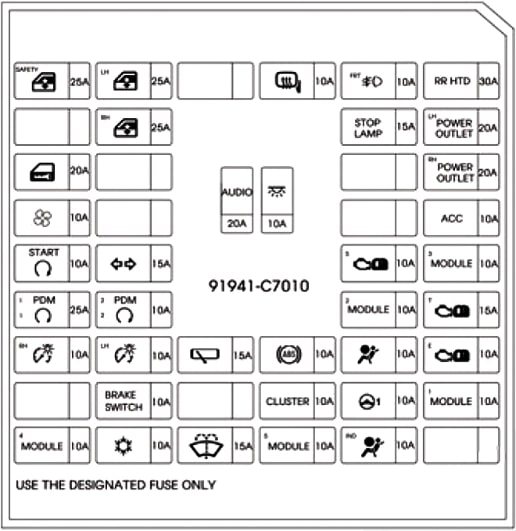 The cigarette lighter fuse in the diagram is designated as C / LIGHT or POWER OUTLET.

Located on the left side of the engine compartment, next to the battery. 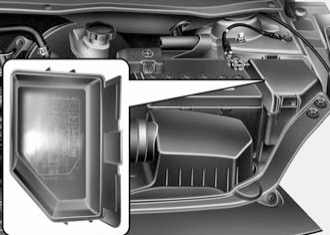 Installed on the right side of the engine compartment on i20 diesel models.

There may be elements responsible for the operation of the engine, such as:

That’s all. And if you have something to add to the material, write in the comments.