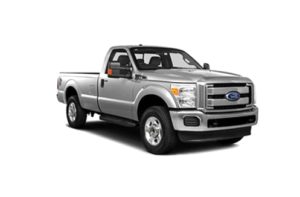 The execution of the boxes may differ from that shown. Include the purpose with your technical documentation.

The fuse box is located in the passenger’s footwell. To remove the fuse panel cover, pull the panel toward you. When the clips of the panel disengage, let the panel fall easily. 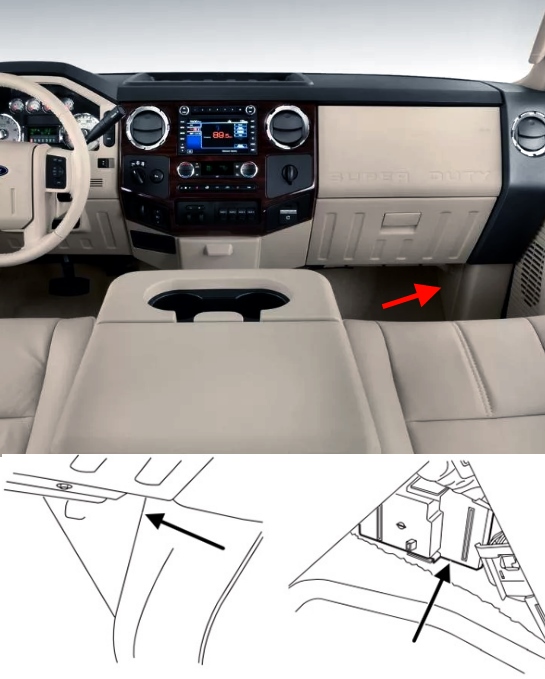 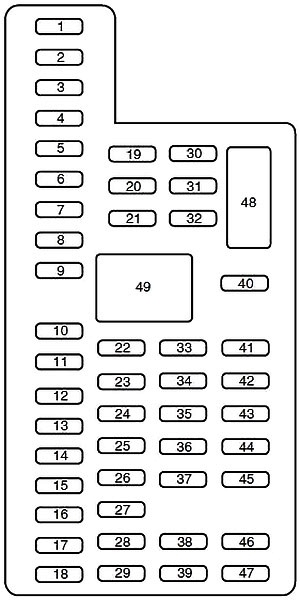 The fuse and relay box is located in the engine compartment on the left side. 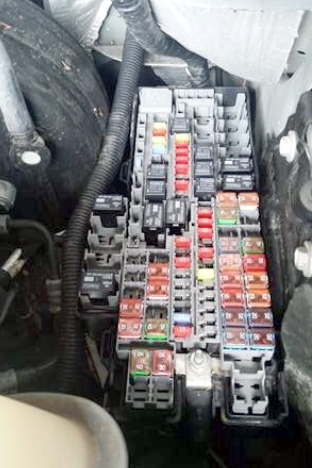