The Kia Magentis, a mid-range car, was introduced in 2000. Delivered worldwide under various names Kia Optima, Kio K5 and Kia Lotze. The first generation was produced in 2001, 2002, 2003, 2004 and 2005. The second generation was assembled in 2006, 2007, 2008, 2009, 2010. Both generations have been restyled. In this article you will find a designation of the Kia Magentis fuses and relays with boxes diagrams and their locations. Note the cigarette lighter fuse. 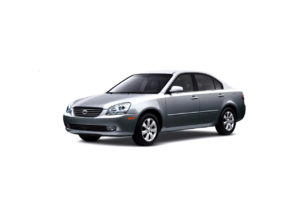 The design and arrangement of boxes and the purpose of elements in them may differ and depends on the year of manufacture and the country of delivery. Check the description with your diagrams on the back of the protective cover.

Located under the dashboard, on the driver’s side behind the protective cover. 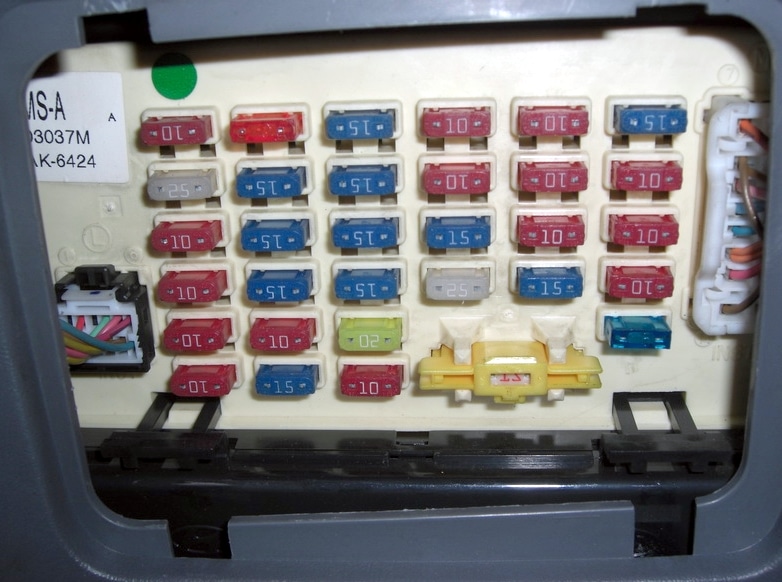 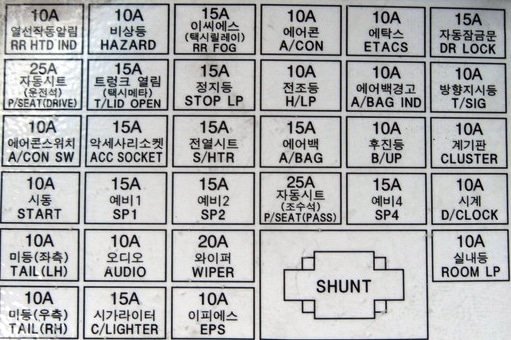 The fuse designated as C / LIGHTER 15A is responsible for the operation of the cigarette lighter.

On the back of the unit there may be some relays: a door lock relay, an excitation coil resistor, a rear size relay, a power window motor relay, a rear window heater relay and side mirror heaters.

Located at the left side of the panel. 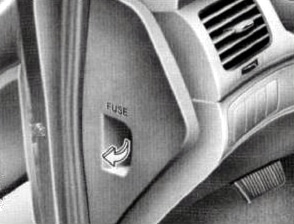 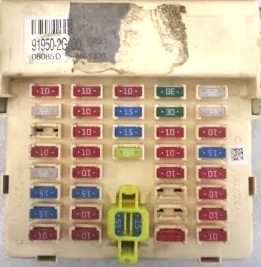 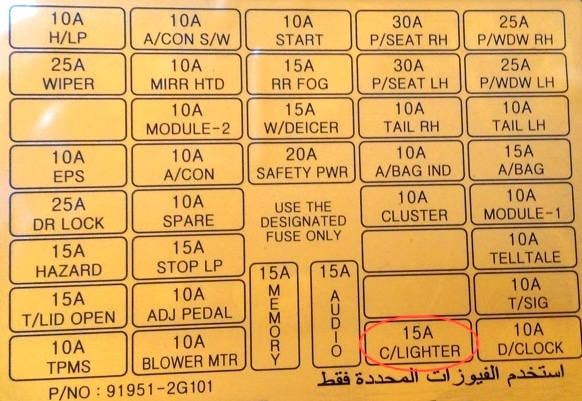 The cigarette lighter fuse is circled in the figure (C / LIGHTER). The fuse in the box under the hood is responsible for the additional socket.

It is located on the left side of the engine compartment, next to the battery. 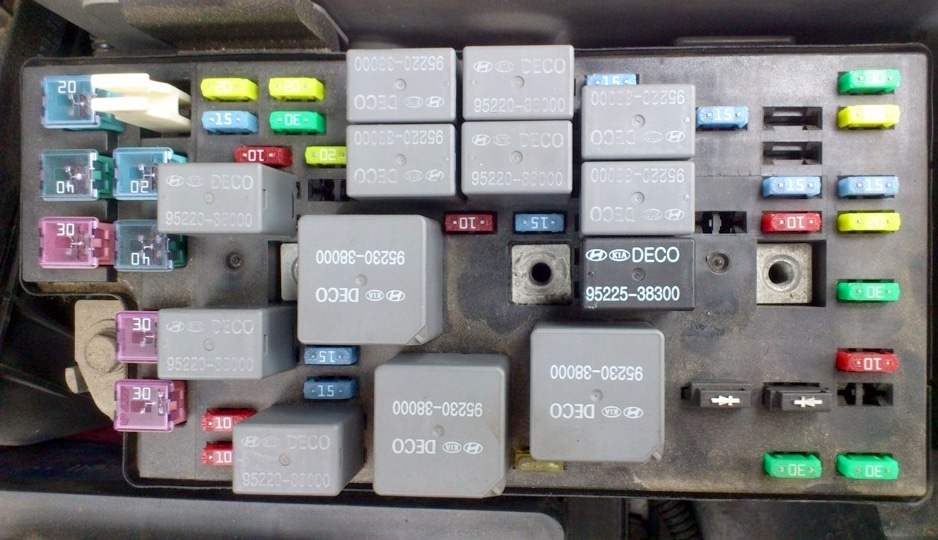 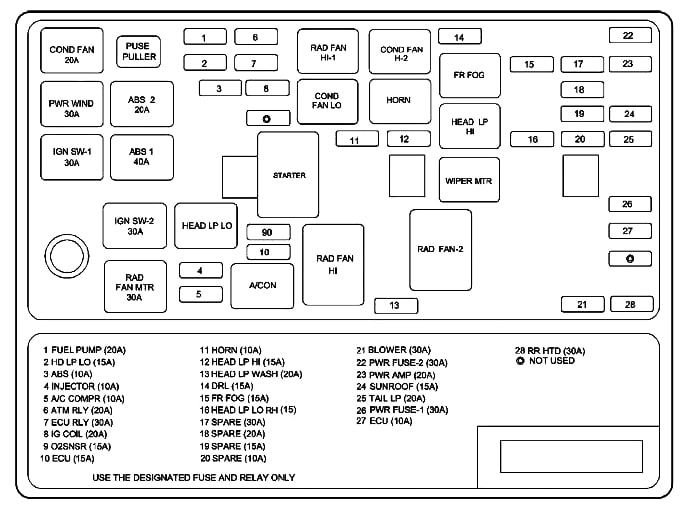 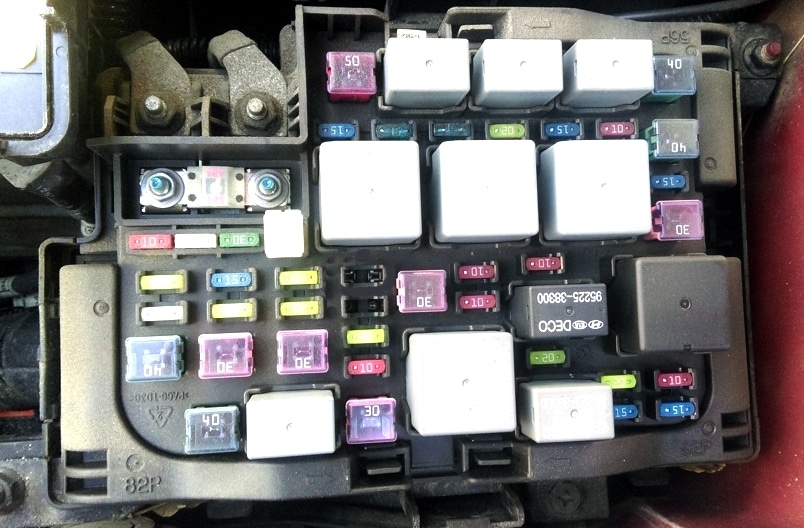 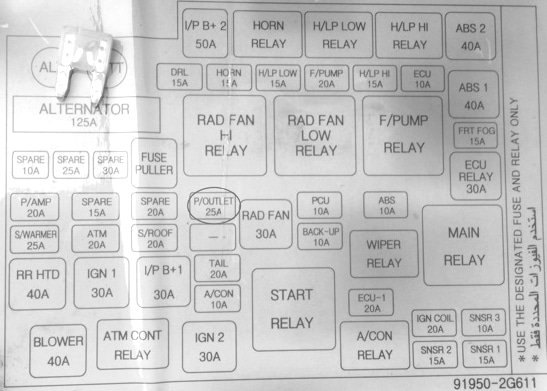 For the additional cigarette lighter socket in the armrest, there is a 25A P / OUTLET fuse .

Installed in the front part under the soot space in Magentis models with diesel engines. 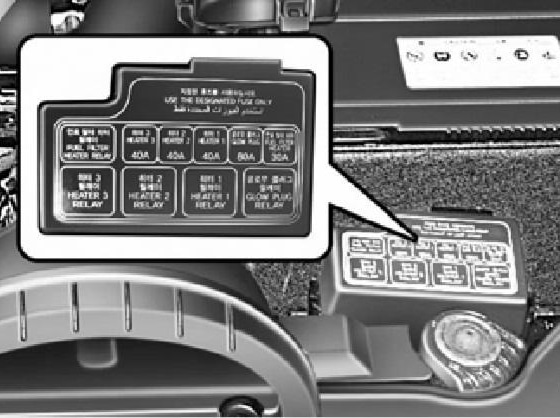 That’s all. If you have any questions or want to supplement the material, write in the comments.