The 1st generation Honda Pilot was produced in 2002, 2003, 2004, 2005, 2006, 2007, 2008 with body designation YF1. During this time, the model has been restyled. In this article you will find information about the location of all control units, a detailed description of the fuses and relays for Honda Pilot 1 with fuse box diagrams and photo examples of their execution. Select the fuse responsible for the cigarette lighter. 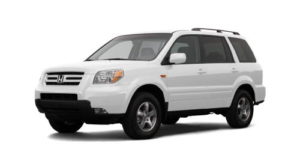 The location of the blocks and the purpose of the elements in them may differ from those shown and depend on the year of manufacture, the level of equipment and the region where your car was delivered. 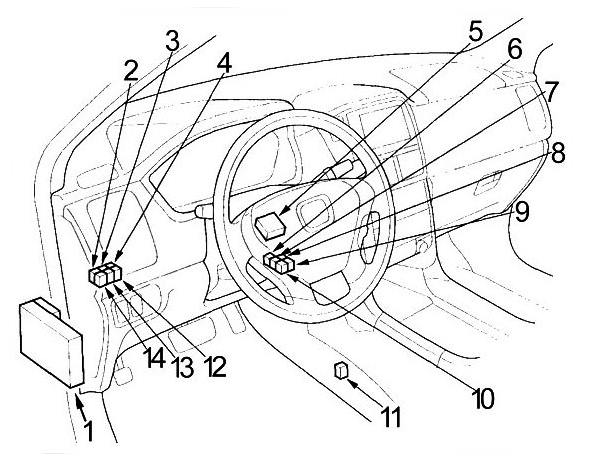 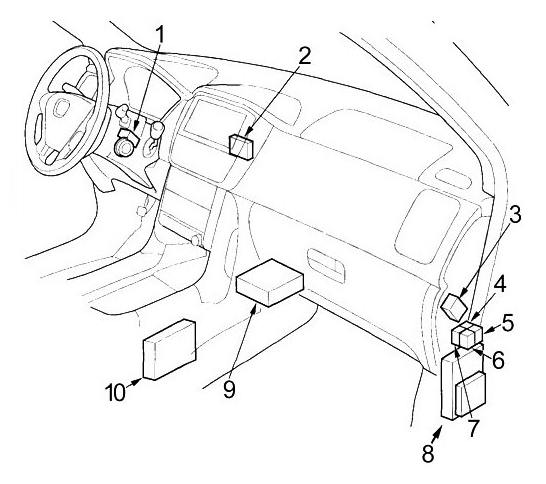 This fuse and relay box is located at the bottom of the instrument panel, on the driver’s side. 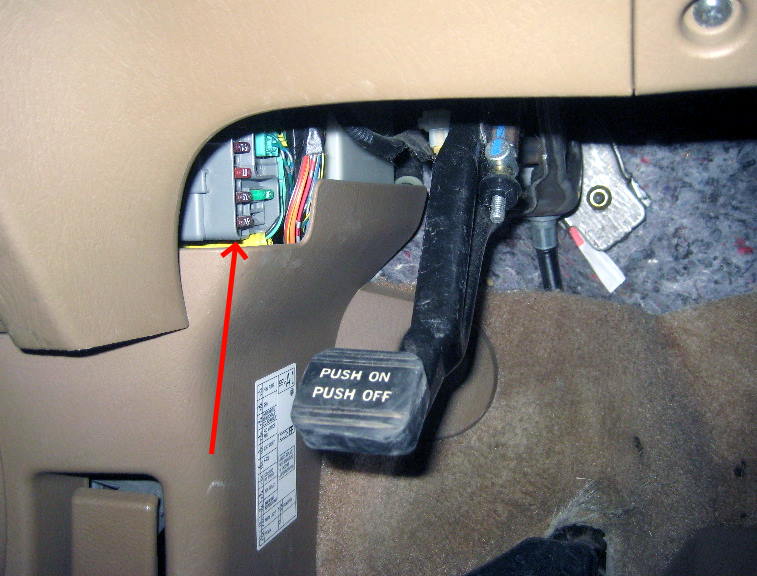 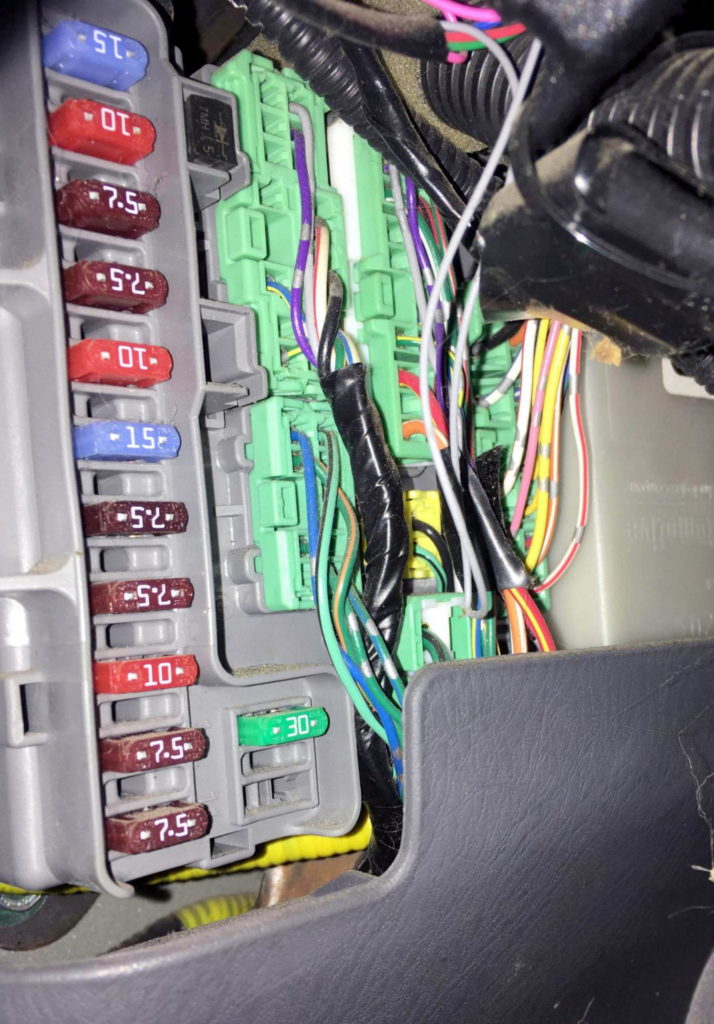 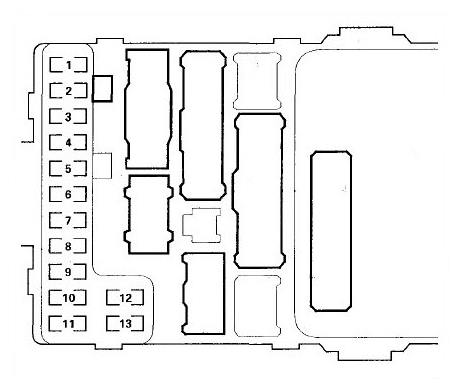 Some relays can be installed on the back of the block. 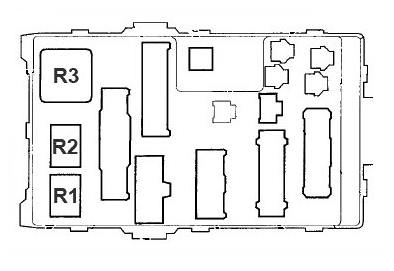 Also, nearby, on the auxiliary holder, some additional fuses can be installed: 7.5A – Horn, 7.5A – Control unit for the automatic wiper control system and 7.5A – Fuse No. 6 of the mounting block under the instrument panel on the driver’s side.

Another box with fuses and relays is installed under the instrument panel, on the rack, on the passenger side and is closed with a protective cover.

Check the purpose with your diagrams on the block cover.

The fuse number 9 at 15A is responsible for the operation of the cigarette lighter.

Nearby, on an additional holder, a fuse responsible for the 7.5A engine cooling fan relay can be mounted. Also on the back of the block are some relays. 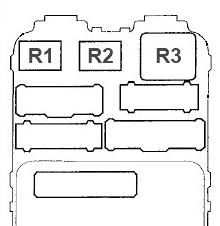 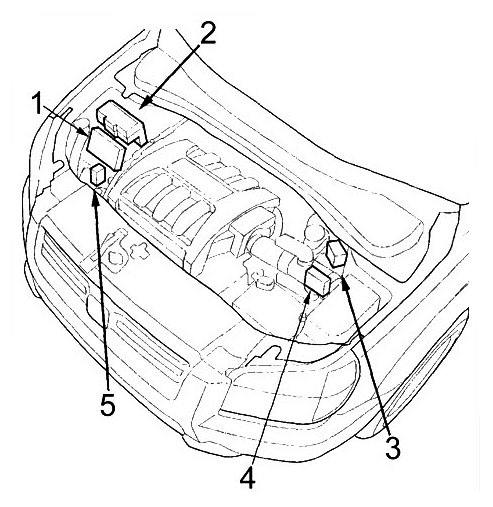 It is located on the right side and is closed with a protective cover. 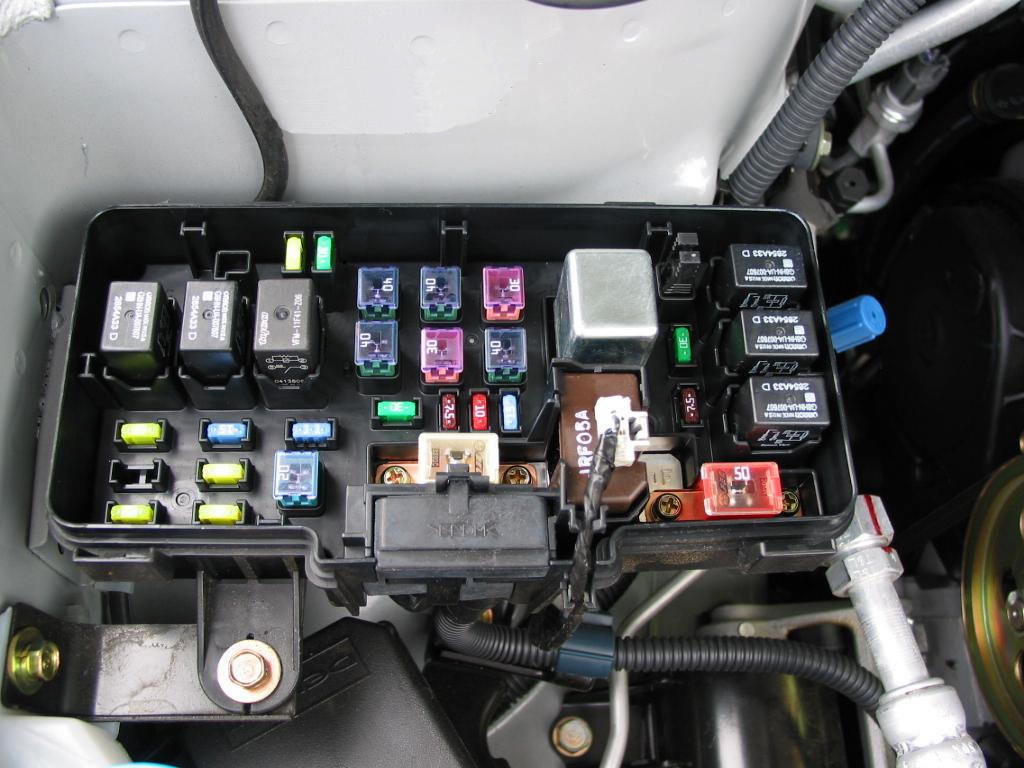 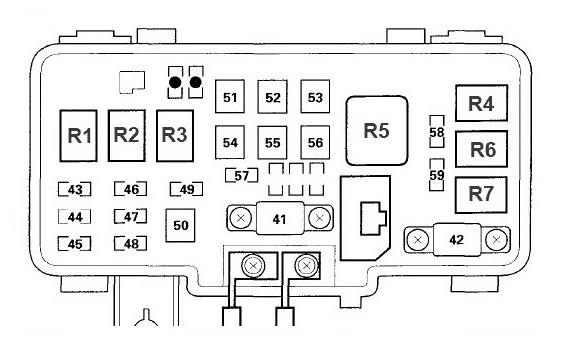 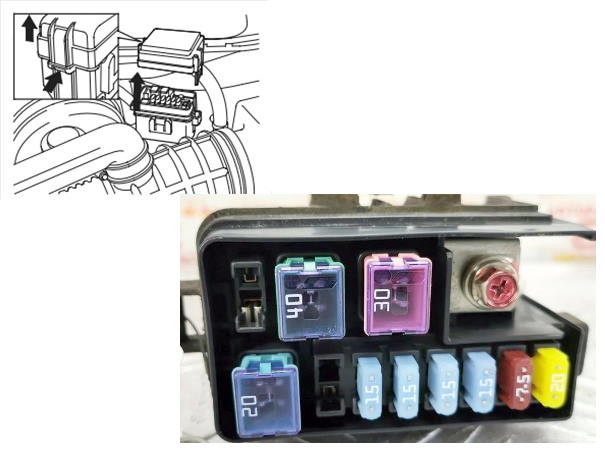 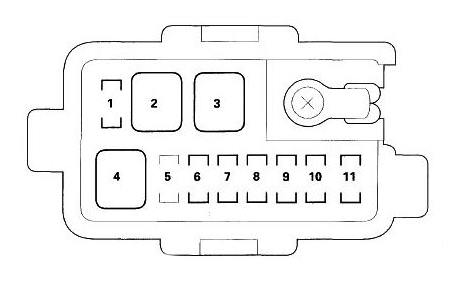 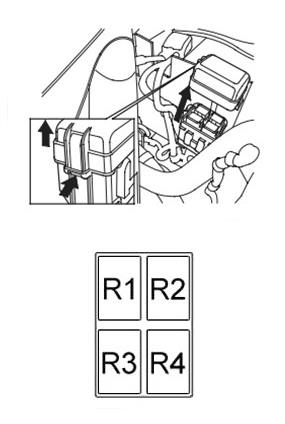 Separately, in the trailer wiring there are two 7.5 A fuses that are responsible for the operation of the trailer lighting devices.

That’s all. Found a mistake or have something to add – write in the comments.