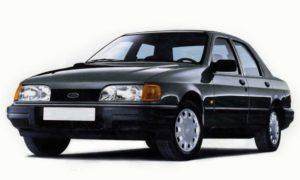 The design of the boxes may differ from the one shown and depends on the year of manufacture of the Ford Sierra and the country of delivery. The current assignment of the fuse and relay boxes will be printed on the back of the protective cover.

The main box with fuses and relays is located at the rear of the engine compartment near the side post and is covered by a protective cover. 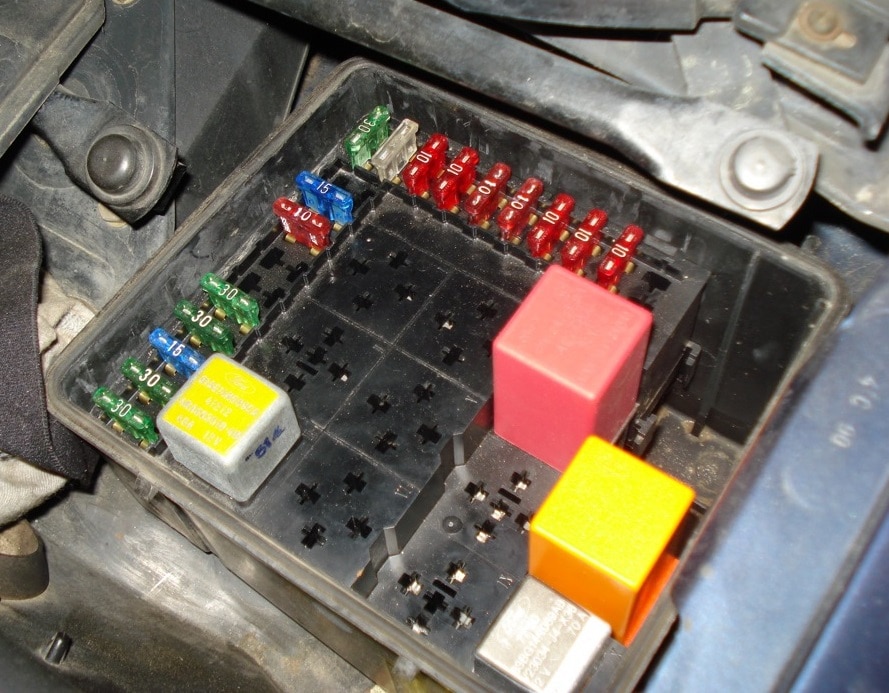 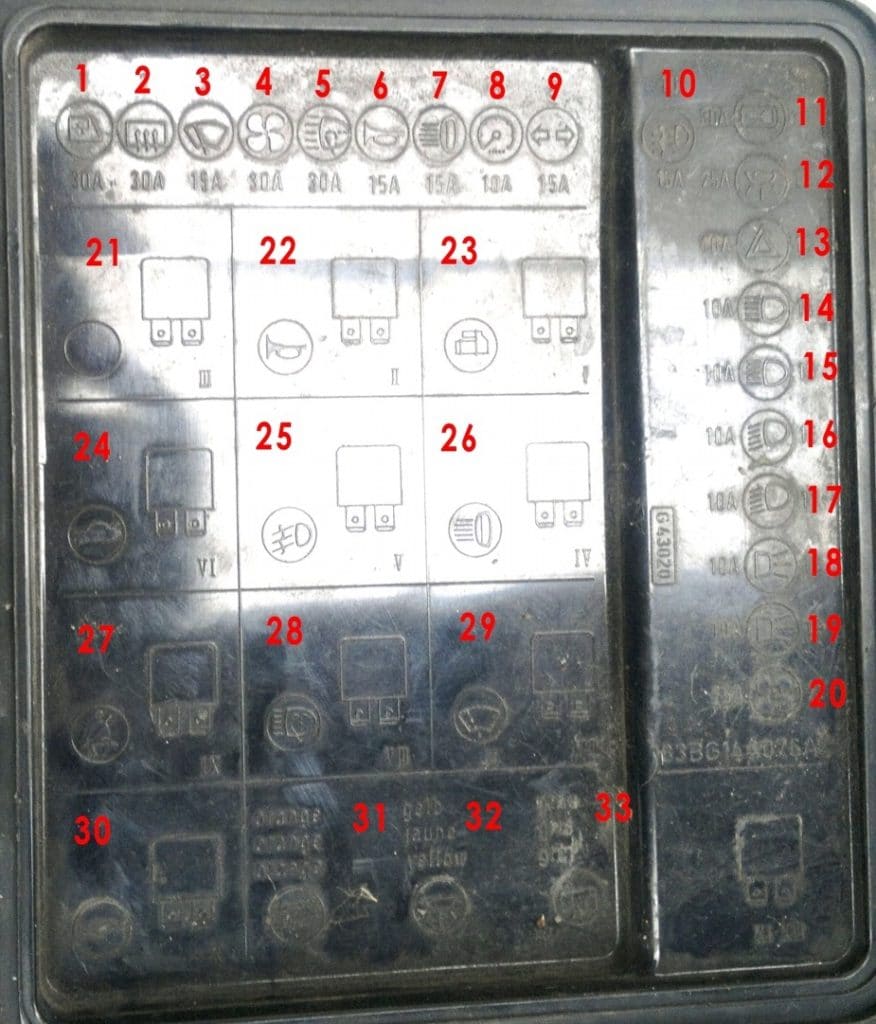 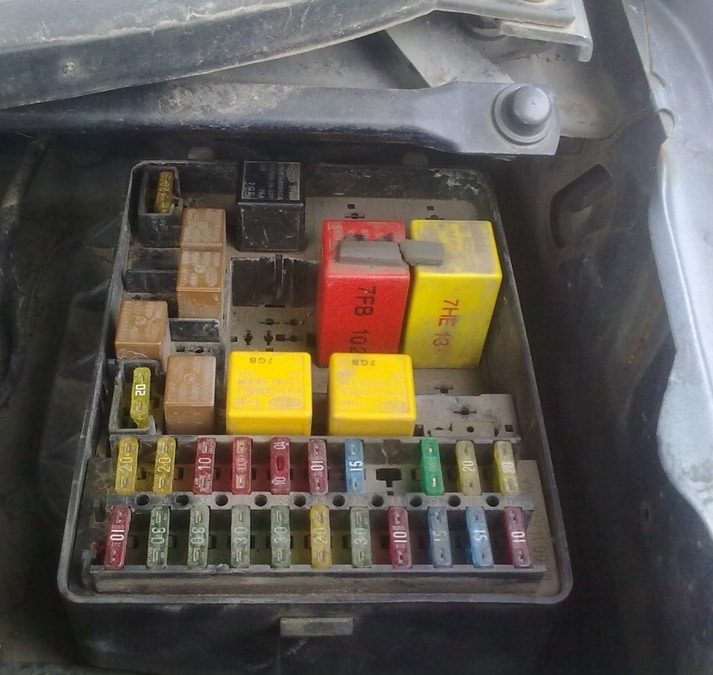 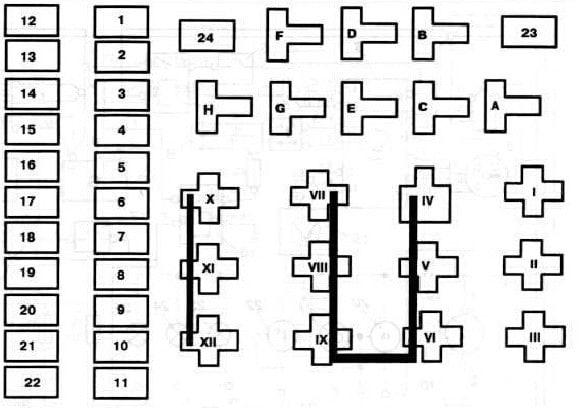 The fuse is responsible for the cigarette lighter 13 to 20A.

The fuse number 13, 30A, is responsible for the cigarette lighter.

The following relays may be located in the engine compartment in the additional relay box (between the upper right-hand suspension pillar and the battery):

The following fuses may be located near the steering column bracket: