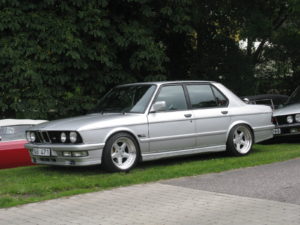 It is located under the hood on the left side. 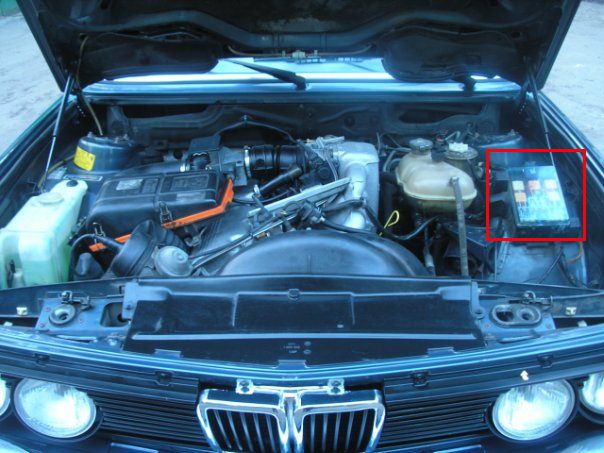 In some models, the description of the fuses is located directly on the cover. But it is in German. 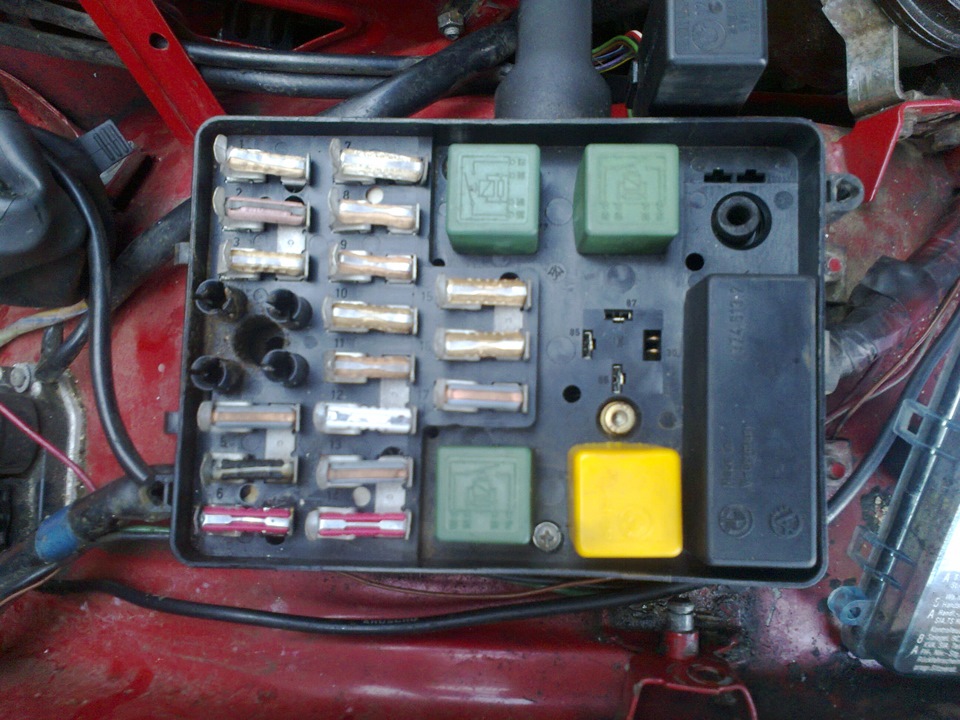 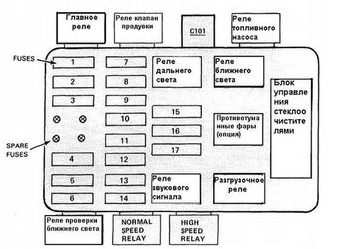