Chery Amulet A15 fuse and relay 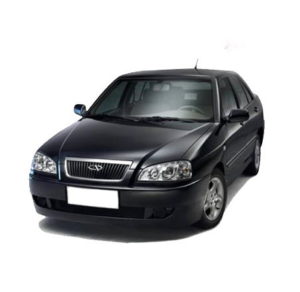 The purpose of the fuses and relays may differ from the one shown and depends on the year of manufacture and the level of electrical equipment of your car.

In the cabin, the fuse and relay box is located at the bottom of the dashboard on the driver’s side, behind the storage shelf. To access the unit, you need to unscrew the fastenings of the storage shelf and remove it. 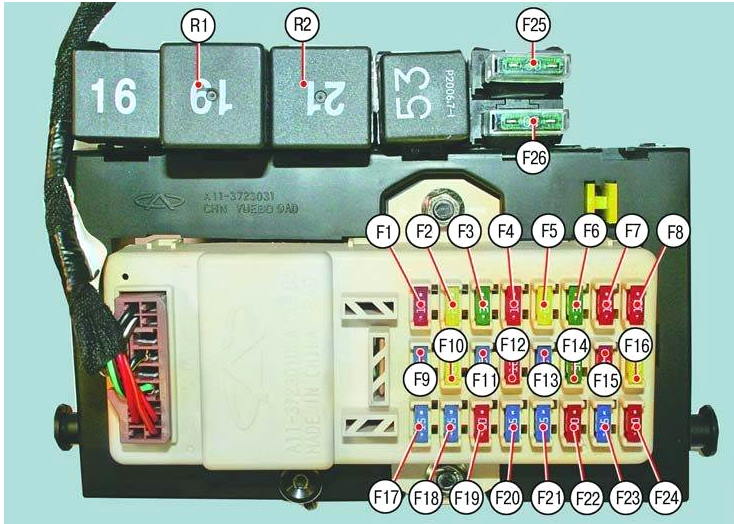 The fuse number 23 at 15A is responsible for the operation of the cigarette lighter.

Under the hood of Chery A15 there can be 4 boxes with fuses and relays. 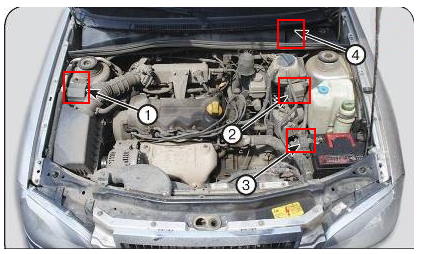 Located on the right pillar and closed with a protective cover. 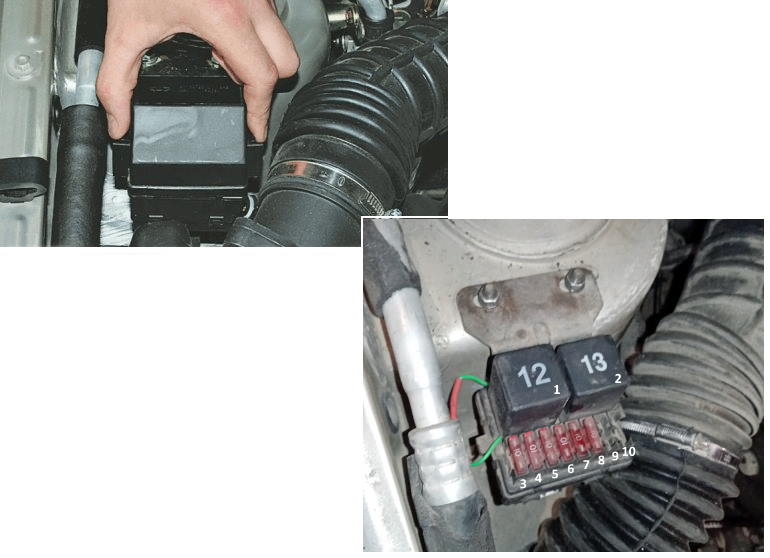 It is located near the left pillar. 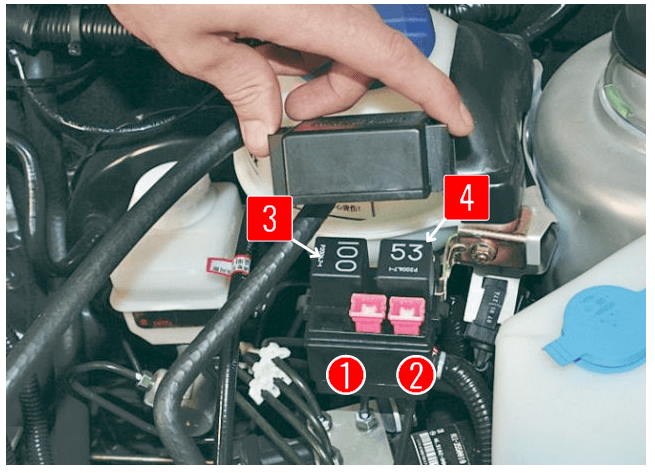 Attaches to the positive terminal of the battery. 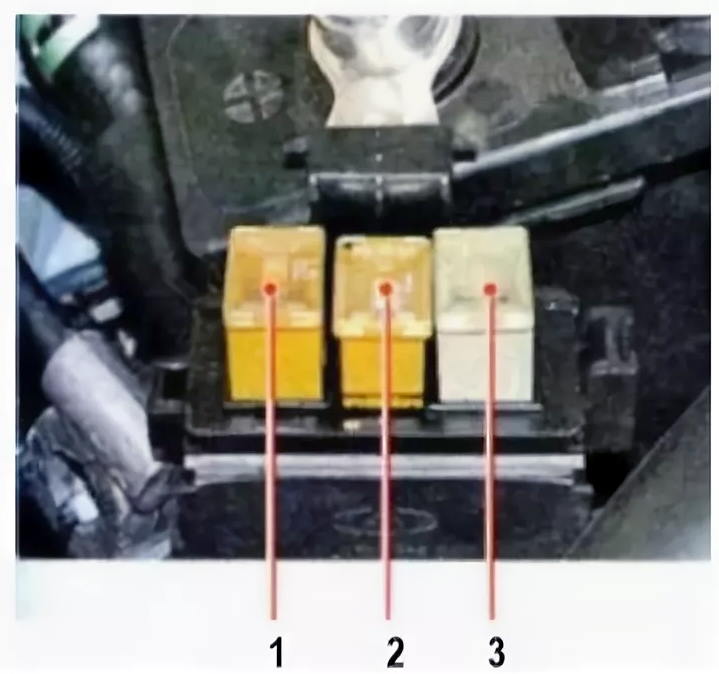 It is installed in the air intake box next to the electronic engine control unit (ECU). To access it is necessary to remove the facing protection. 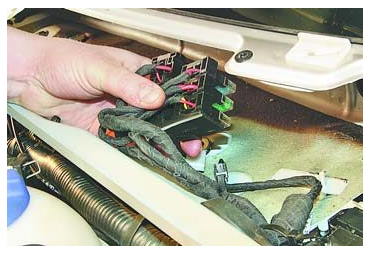 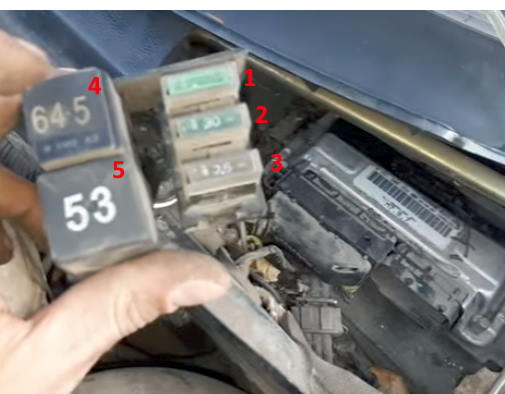 Found a mistake or knows how to make the material better – write in the comments.